A New Dawn for Dead by Daylight: The Resident Evil DLC Details

Shedding light on the series

Here’s a quick primer in case you’re not familiar with Dead by Daylight: One player takes on the role of a Killer, while the other four players are Survivors. As you might have guessed, the Killer wants to destroy as many Survivors as possible, while they struggle to escape by repairing generators and securing an exit. If any unfortunate Survivors are left on the map when time runs out, they are automatically sacrificed to the Killer. 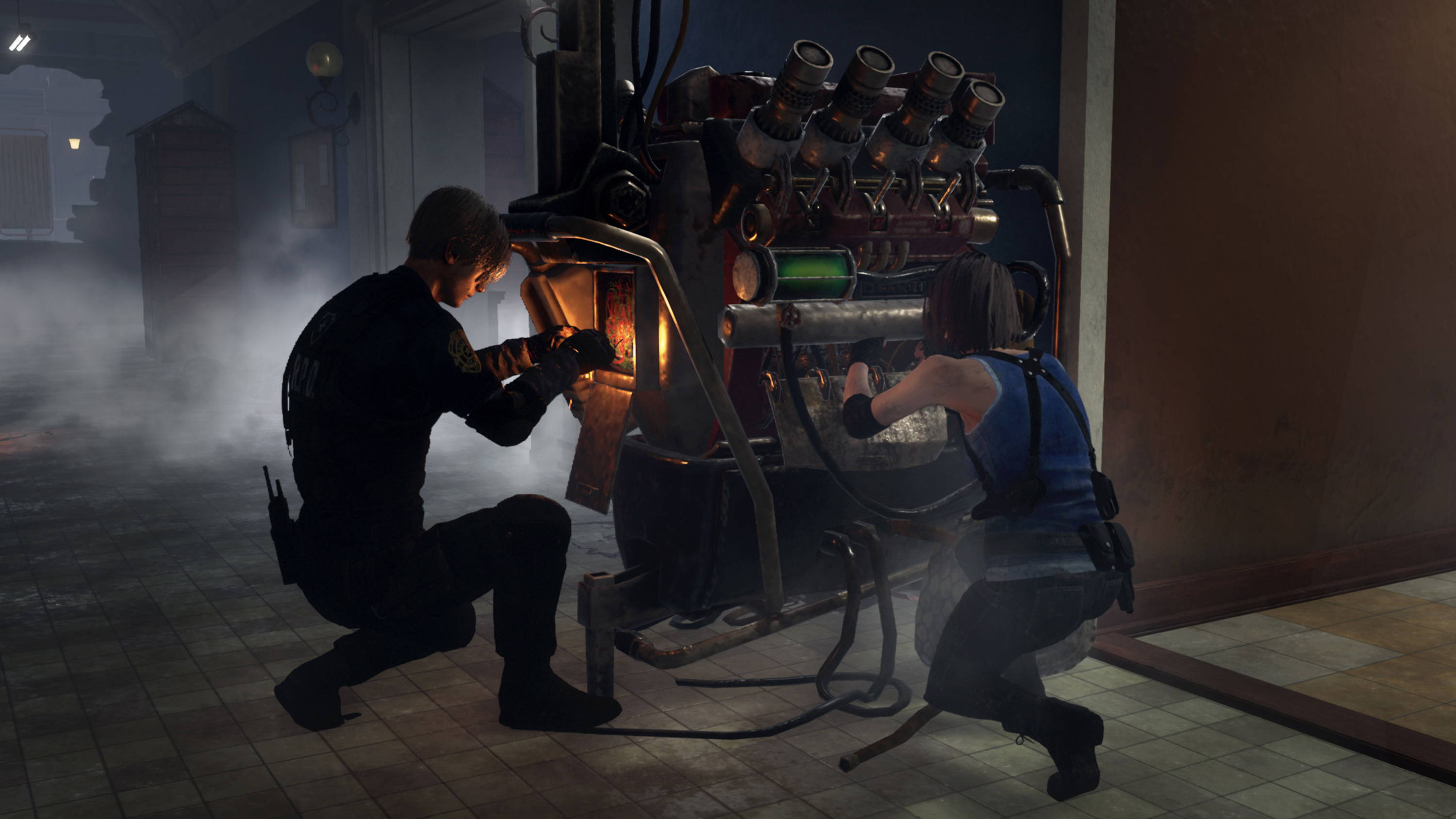 Fans of the Resident Evil series will recognize a few faces on the roster for the DLC. Nemesis, the tyrant from the Resident Evil 3 remake, will be playable as a Killer. Fan favourites Leon S. Kennedy and Jill Valentine will feature as Survivors as well. This version of Valentine is also taken from Resi 3, while the Raccoon City Police Department map and Leon have been poached from the Resi 2 remake. The RPD may not be quite how you remember it, though, as the map has to conform to the requirements of Dead by Daylight. However, we do know that the iconic main foyer and S.T.A.R.S. office will feature.

The new Survivors will have their own special abilities. Leon will have a flashbang that can be crafted in a locker once he’s repaired a certain percentage of progress on generators. This ability lives up to its name as it can blind the Killer. Jill, on the other hand, can booby-trap generators, so the Killer will get a nasty surprise if they try to mess with one.

The game’s creative director Dave Richards has commented that they specifically took characters from older Resident Evil titles because “it was important to have what is considered classic in the world of Resident Evil... the emotion, the memory of these titles we played when we were younger or that fans have experienced more recently."

It seems that the team have put an emphasis on nostalgia for the DLC, but it remains to be seen whether any more recent additions to the franchise will make a cameo.

Nemesis is perhaps the most interesting aspect of the DLC, in all his terrifying, tentacled glory. He has a large melee range, and when he hits a Survivor with a tentacle strike they become infected with the T-Virus. Those unfortunate enough to catch it will cough, vomit, and make noise that will no doubt draw further attention from Nemesis.

The Killer’s advantage over Survivors is only exponential from there; once there are infected Survivors on the map, Nemesis’ power will grow and so will his tentacles. Each level will have a finite number of antidotes available to cure infection, so Survivors will have to be very tactical about how they take their medicine.

Nemesis has another trick up his tentacled sleeve: AI zombies. When he’s the Killer, zombies will appear across the map and attack Survivors. Depending on whether they are already infected or not, the game AI will deal out an injured or infected state. Of course, zombies aren’t known for being the fastest of foes but they will hunt Survivors down, adding another snag to any potential getaway.

These AI zombies may foreshadow future developments for Dead by Daylight. Richards has commented that: “AI characters being able to help other killers in the future: for sure. But the zombies will stay with Nemesis. When we use the AI elements again it will be different, down the line.”

If you’re excited to try out Leon’s flashbang or set artificially intelligent zombies on your friends, you’ll need to wait until June 15th when the DLC releases across all platforms. You can expect the first few weeks after the release to result in a spike in Killers maining Nemesis, so it’s a good time to brush up on your skills before the sun rises on the latest Dead by Daylight chapter.

Article author: Florence Smith Nicholls can be found on Twitter via @florencesn 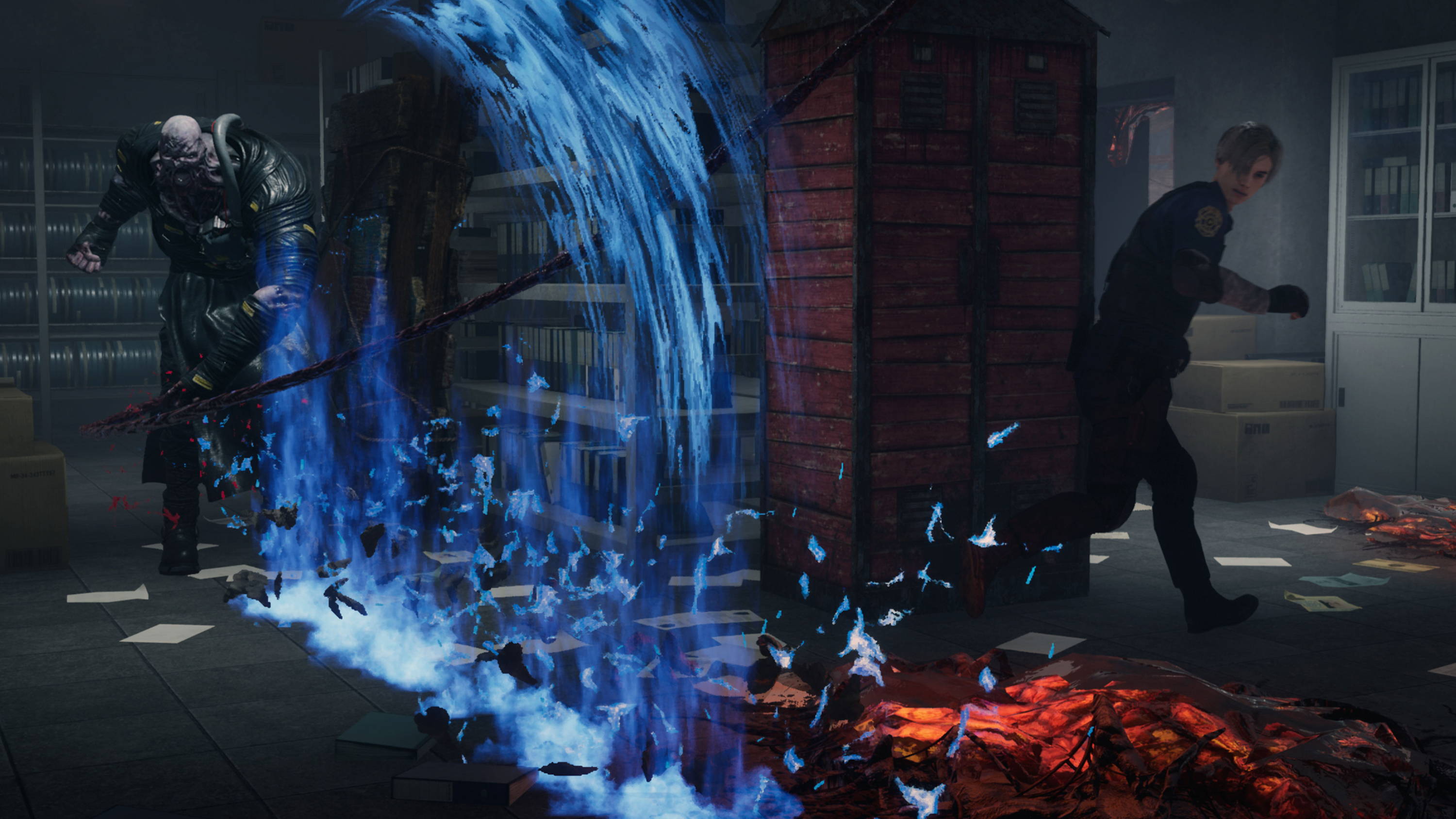