Another for the collection

Apex Legends Season 10 is about to unleash the hunt, and this time Rampart is in control. The Season 10 Collection Event looks set to provide players with a wide selection of character and weapon cosmetics to obtain, with a mechanical heirloom waiting once all items have been obtained.

Better yet, it looks like there’s plenty of other fun stuff arriving along with it.

Here’s everything we know so far about the Apex Legends Season 10 Collection Event and Rampart’s planned takeover.

The collection even will take place on the 14th September 2021.

After a few rough starts to her previous shops, Rampart is pulling out the big guns with the mod shop of her dreams. Finally, she'll be able to show the Outlands—and Big Sister—what she's always been capable of creating.

Enter Big Maude, Rampart’s custom shop (also a giant tank, what else would you expect?) located near Lava City in World’s Edge. This POI is big enough to accommodate a few teams fighting over the shop itself, and she’s also built a wonderful paintball course out front that acts as a spill off location if the drop just looks too spicy.

Inside the shop, you can use collected materials to purchase Rampart’s Custom Modded Paintball Weapons from the new Vend-it Machines. These guns cost a bit, but they come fully kitted at different tiers. This should give players a reason to rotate here mid-game if their weapons just aren’t as upgraded as they’d like.

As usual, be on the lookout for extra lore sprinkled around. Rampart’s shop is back open for business! 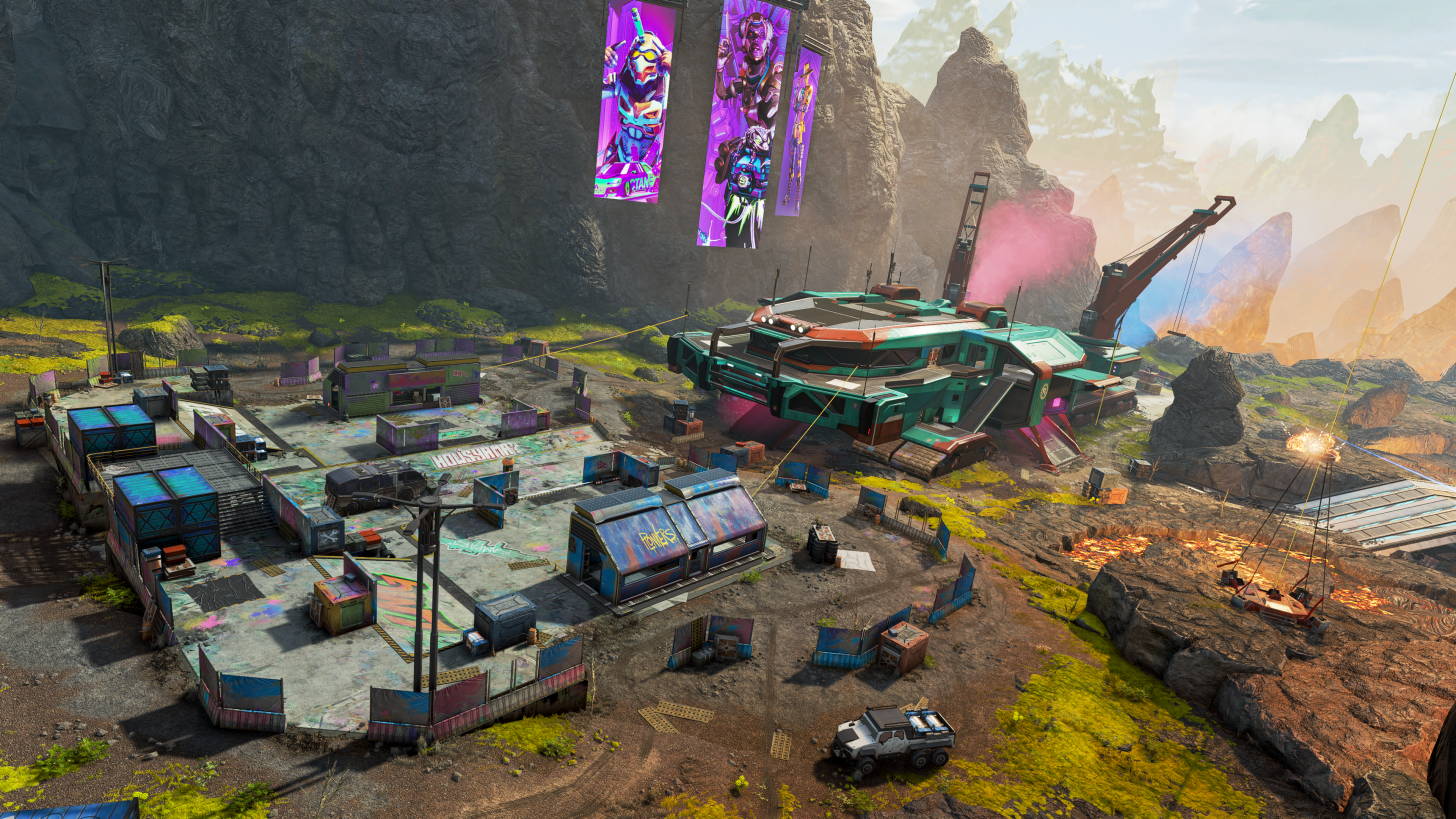 Rampart has slipped into the Arenas and is offering modded weapons at special discounts! These marked-down modded weapons replace their base version for the match, making lower tiers of that weapon unavailable. Her special deals update frequently, so be sure to check what’s available in your match and plan accordingly. 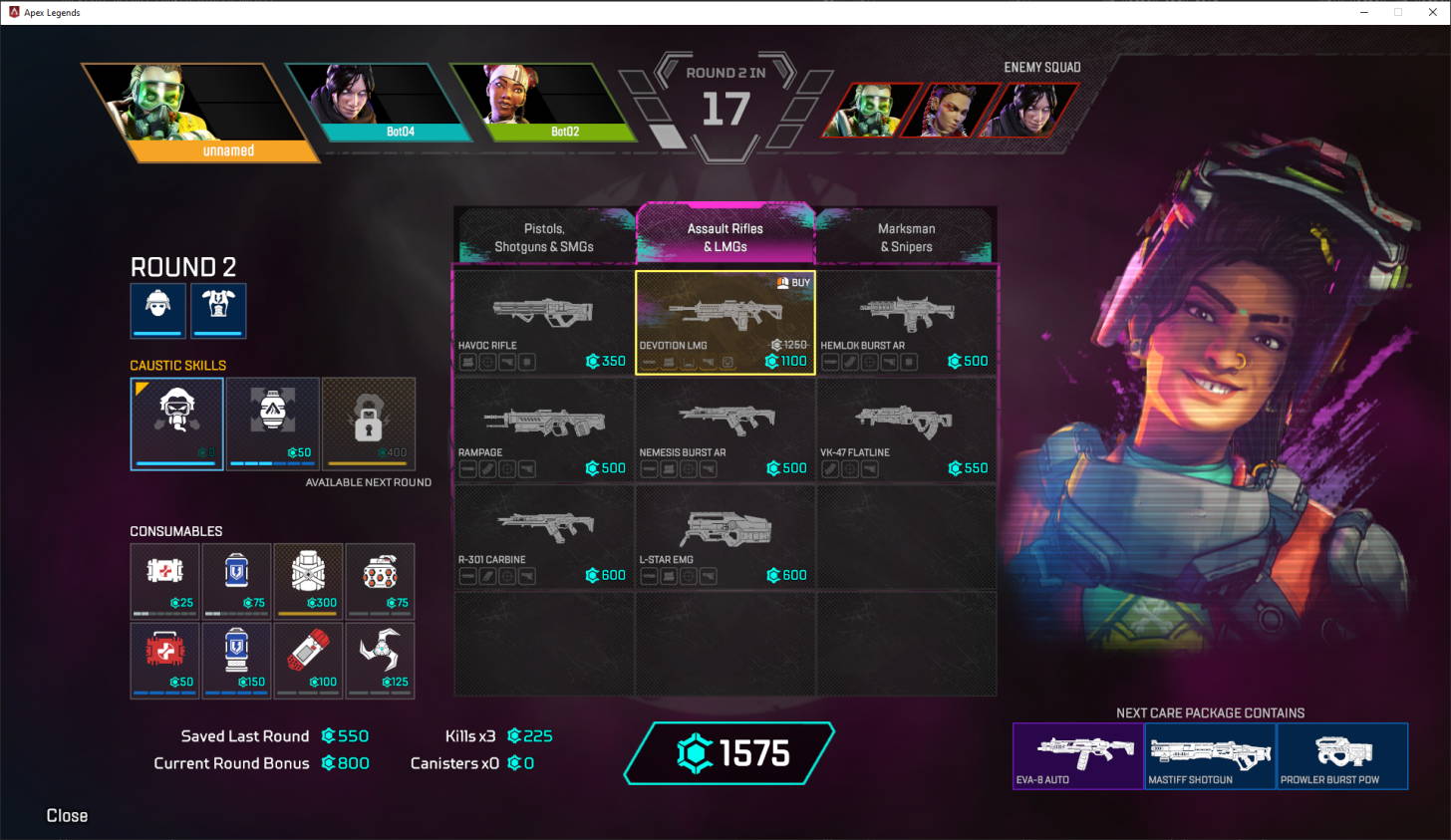 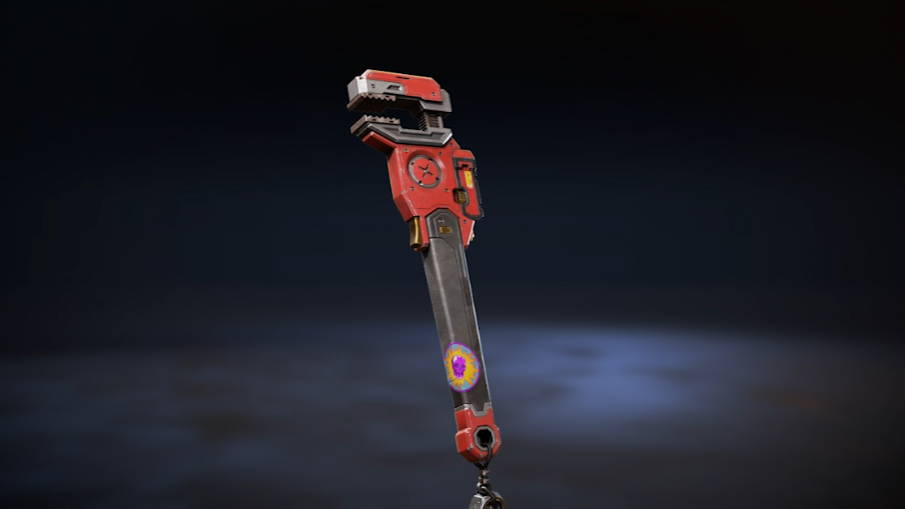 While the brick-and-mortar location might be in Battle Royale, Rampart’s bringing her entrepreneurship into the Arenas too in “Rampart’s Arenas Extravaganza,” with special discounts meant to inspire players to change up their usual loadouts. For all of her hard work, Rampart’s getting a “Problem Solver:” a brand-new Heirloom pipe wrench, complete with a gumball dispenser. Who could ask for anything more? Oh, well - how about an upgrade to Sheila? 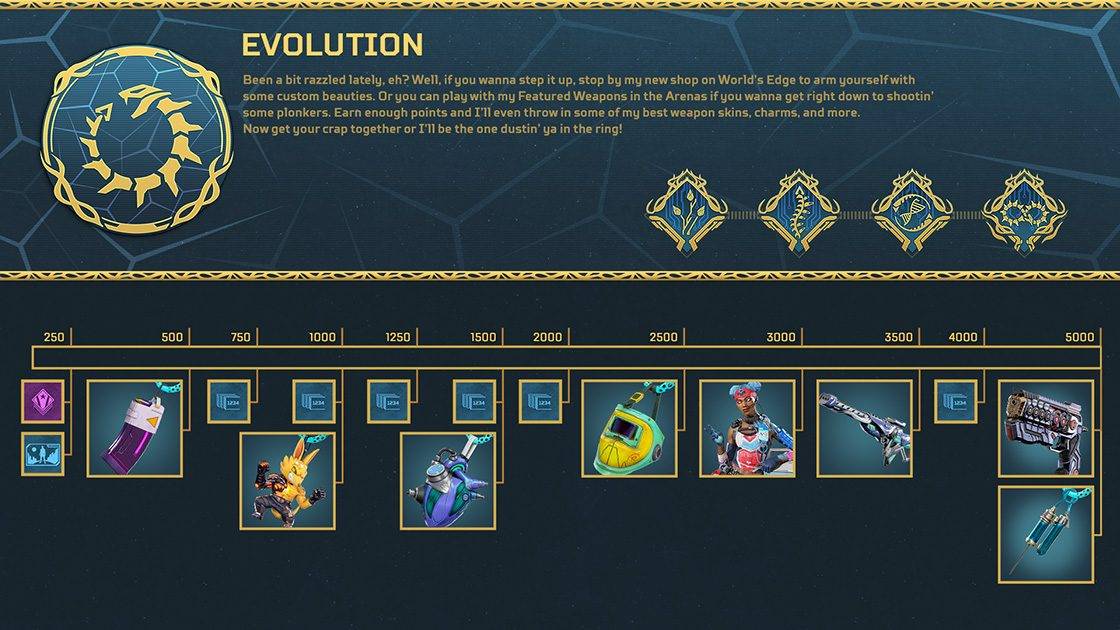 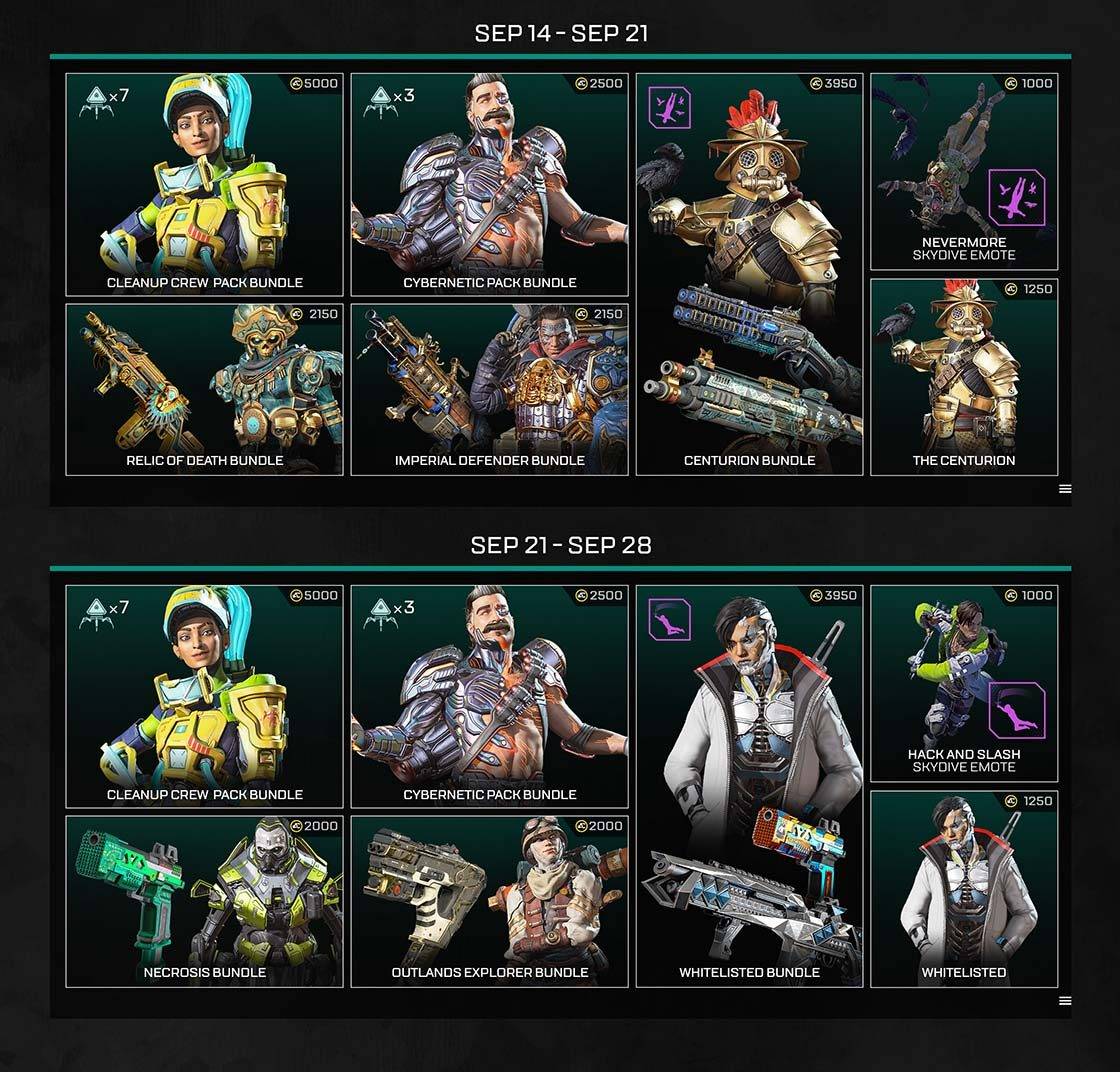 Dev Note: A legend based solely on a defensive position is hard to get right in Apex Legends. We think Rampart has a place as the ultimate defensive Legend, but we wanted to give her a little more ability to be reactive and push with her team. As usual, we’ll be watching to see how this plays out and will adjust accordingly!

Dev Notes: The Hemlok’s hipfire effectiveness was reduced a few seasons ago and since then the weapon has seen a steady decline in use. Bringing back some of that hipfire strength (but not all) should help the weapon feel more consistent in close quarters without being dominant or affecting its medium-range excellence.

Dev Notes: When Shatter Caps work they feel amazing, but currently it can still feel a little punishing to swap into the mode. Increasing the damage potential and improving the CQC flow of the 30-30 should help Shatters feel a little more accessible and rewarding.

Dev Notes: We’re nudging down the L-STAR’s core stats a bit to smooth out the power progression in what we think is a slightly more healthy top-end. We’ll keep a close eye on the L-STAR and it’s recoil as we enter the second half of Emergence. In Arenas, we’re well aware of it’s prevalence in high-level lobbies and are pricing it out of the first round. These changes essentially increase the blue cost by 50 and keep the purple price the same. If its pick rate remains unchanged, we will hotfix further adjustments.

Dev Notes: The EVA-8 holds a lot of power in its speed and leniency compared to its counterparts, the PK and Mastiff. It’s got the edge with fire rate and consistency so we’re shaving off some of its spike damage to even the playing field. We’re normalizing the Mozambique as well for consistency within the shotgun class and to give the P2020 some space as the more precise early game weapon.