Warzone and Vanguard Season 3 has finally been officially teased by Activision-Blizzard, and while the new season looks fantastic, there's something else that has fans attention.

Yes, we're talking about Godzilla and King King potentially being apart of the new season, and we're going to run over all the details you need to know!

This may be one of the most bizarre collaborations we've seen from a game developer in recent time, but for those who don't know, this collab was originally teased a few months ago via RealiityUK who posted an image of King Kong swatting an airplane out of the sky.

Tom Henderson, notable leaker, noted this on his article via XFIRE.

"One image showed King Kong swatting a WW2 plane out of the sky whilst soldiers aimed rifles at him in the distance. The other image showed Godzilla destroying troops below with a bright blue beam."

Now, they've officially confirmed Warzone Season 3 will have a Godzilla and King Kong collaboration within the game, as a new image has been posted via Raven. 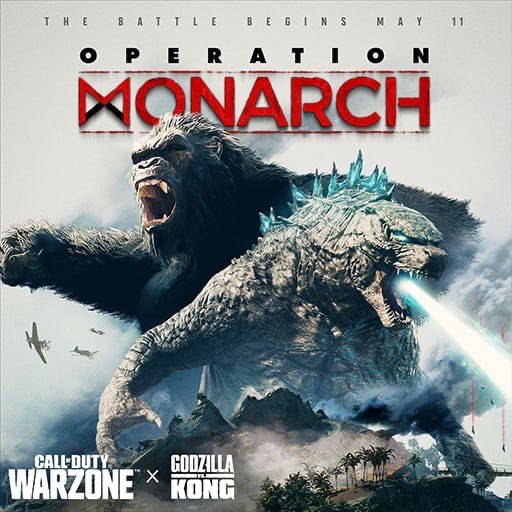 The new season will be going live towards the end of April, to be more specific, April 27th, 2022 is when players can expect to jump into the new content!

While we wait for the official patch notes for Warzone/Vanguard Season 3, they've released the Classified Arms trailer, which was a teaser for the new season.

Within the trailer, players spotted some new weapons that could be unlockable during the season, and these include.

The Roadmap for Season 3 is also here, and iit outlines six new weapons coming to the game, along with some new maps and game modes! 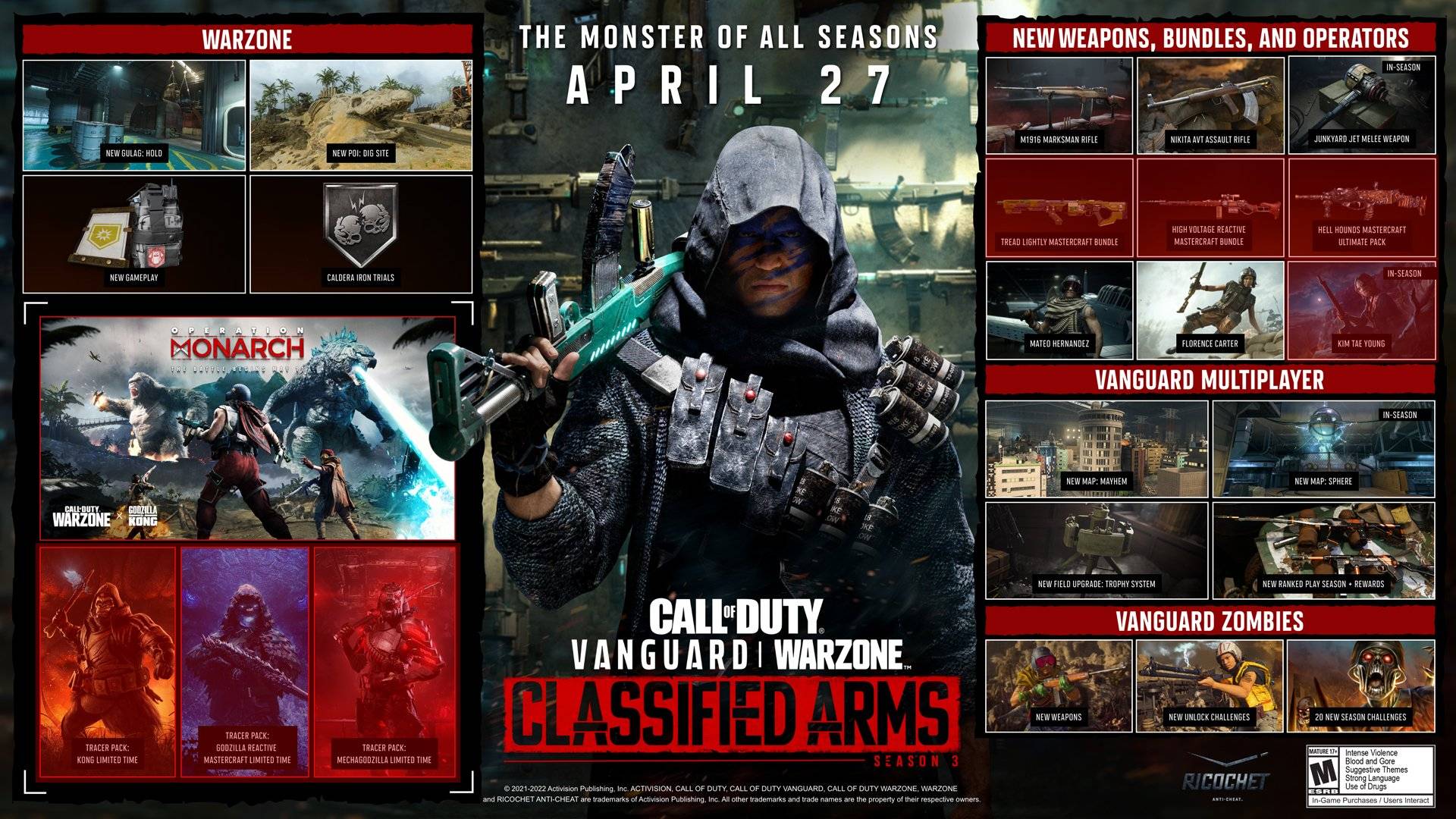