With Warzone Pacific now in the wild for players to enjoy, users are exploring the many weapons available and there's been some new weapons introduced into the weapon pool that players have flocked too.

The NZ-41 is a new weapon within the game, and has shown up in other CODs, and it's bascially an automatic Lee Enfield to keep it short.

Here's the best loadout for the NZ-41 Loadout in Call of Duty: Warzone.

With a staggering, 10 attachments to pick on your weapon, you're truly spoilt for choice.
When choosing your attachments, you'll want to consider what attachments will improve this weapons weak areas and how you tend to play.
The NZ-41 is one of the most accurate weapons when you initially fire it, but suffers from lackluster damage and wonky recoil if you're spraying for extended periods.
The following build we've outlined should yield some excelant results, and ensure you're able to eliminate enemies as fast as possible. 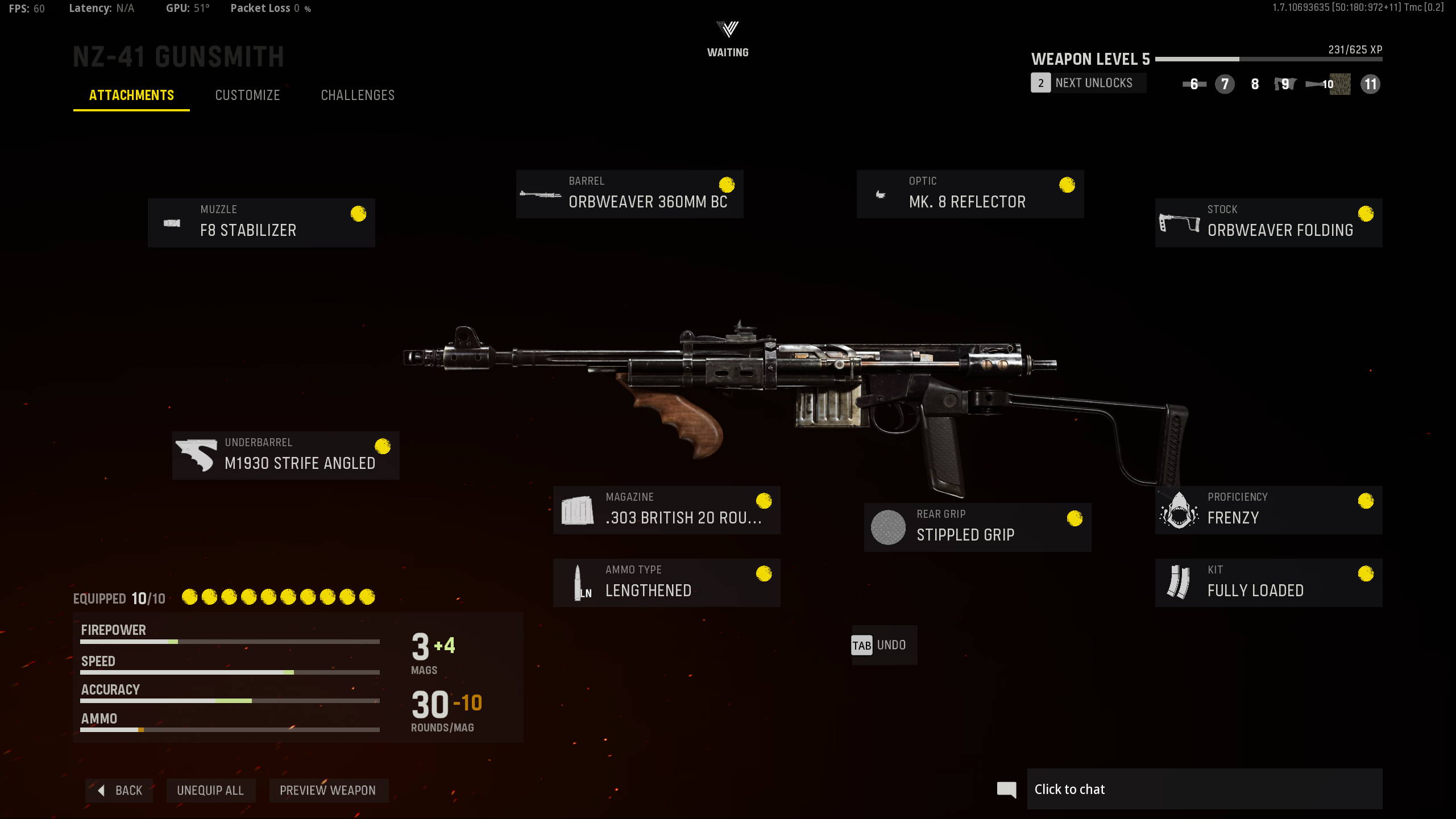 This setup is tailored for all kinds of combat when using the NZ-41, as the weapon is viable at all ranges, but may be best at medium to short ranged.
There's some Muzzle attachments that are decent for the NZ, but we've chosen the F8 Stablizier is null out some of the increeased recoil the weapon has at the start.
Your Barrel choices are rather poor, as all but the Orbweaver 360mm BC decresae the overall damage for the NZ-41, making it a clear cut choice.
Your Optic comes down to preference in my opinion the MK. 8 Reflector is one of the best within the game.
For Stock, the options are advanced, with a ton of them being decent so you can use other ones such as the Ravenwood Padded. But, we've opted for the Orbweaver Folding, simply due to the ADS and other movement buffs it has to offer.
The Underbarrel option is one that's subject to change depending as there's some decent options here once again. We've chosen the M1930 Strife Angled for the NZ.
The Magazine attachments are also not the best, and they all have negative effects to the damage of the weapon besides the 20 Round Fast Mags.
We've gone with the Lengthened rounds for this setup, none of the other options are really useable. But, if you want, you can experiment with the FMJ or Subsonic rounds!
More recoil buffs comes into play with the Rear Grip choice we've opted for with the Stippled Grip.
Your Perk 1 also has viable options, but Frenzy or Brace are going to be your best bet to use for this loadout. The former gives you a little bit of health after you get a kill, while Brace gives some additonal accuracy buffs when first firing the NZ-41.
Your Perk 2 option is going to be Fully Loaded, as you can never have too much ammo.

I would go with the Machine Pistol, simply because it's regarded as one of the best pistols within Vanguard. As well, you can also rock Overkill with an SMG or Sniper Rifle.

The Frag grenade is an all-round good lethal grenade to have and can save you a number of situations. The Stim is very good for a run and gunner, especially when paired with Gung-Ho.

EOD reduces the damage you take when it comes to explosives, so it can be vital in close quarter scenarios. 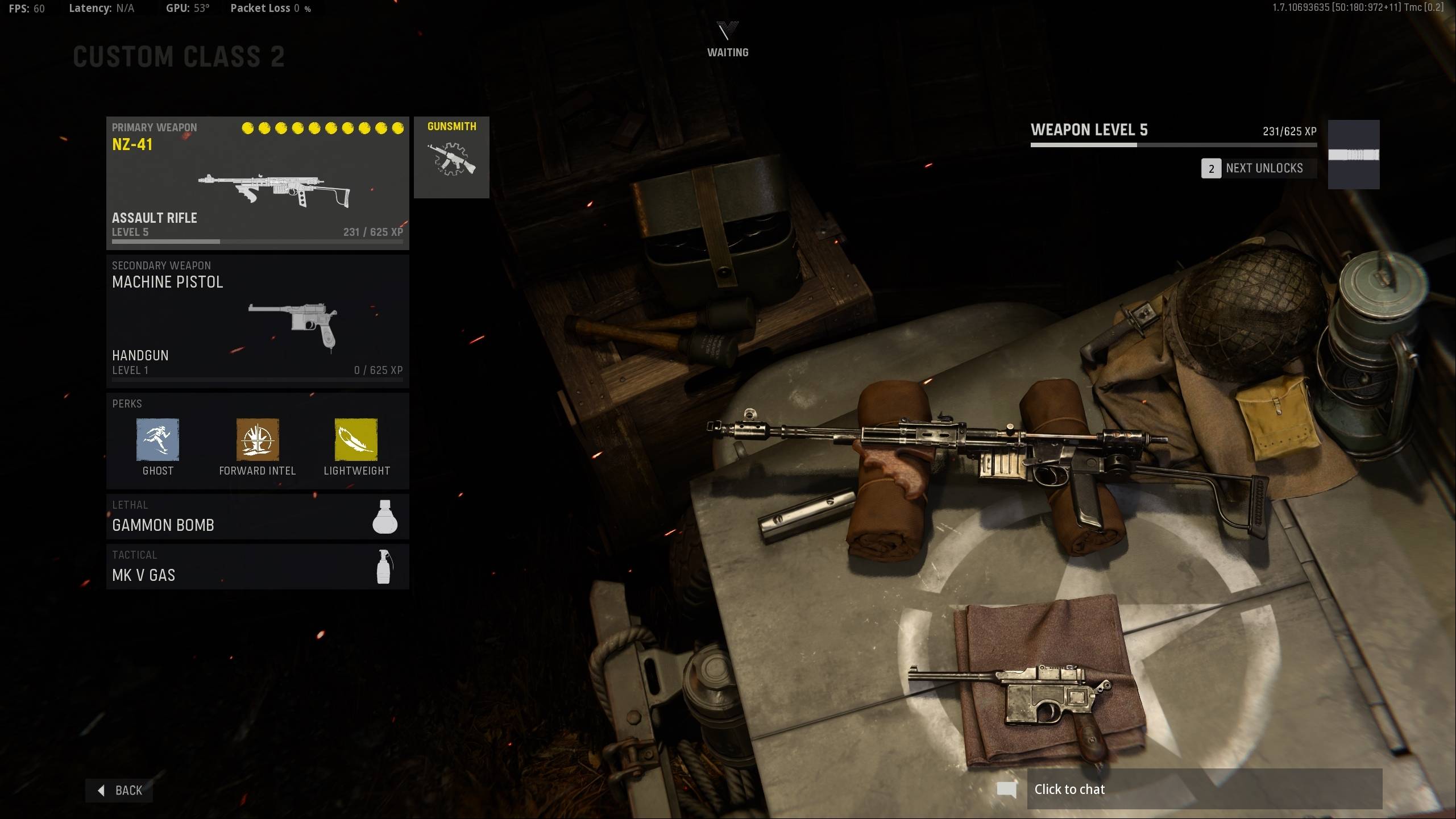