We're all well aware of the problems that Cyberpunk 2077 had when it was released back in December of 2020.

However, over the last year or so, CD Projekt Red have been consitently updating the game and we've seen reviews on Steam trend upwards as of late.

Patch 1.5 is coming soon, and we've got all the information down below!

CD Projekt Red has been rolling out updates every now and then for Cyberpunk 2077, and with update 1.5 we won't have to wait much longer as it's finally here.

They've released all the patch notes for Cyberpunk 2077 Update 1.5 and it should be live on all platforms sometime soon!

If you're wondering what's coming with this patch, look no further, as all the information is listed down below.

Apartments can be rented (with a one-time fee) when encountered in Night City or through the EZEstates website when accessed through the computer in V's Megabuilding H10 apartment. They become available after completing the Playing for Time quest. It’s possible to rent all apartments at the same time. All apartments share the same stash.

Additionally, you can now customize V’s starting apartment in Megabuilding H10 using the EZEstates websie for €$10,000. 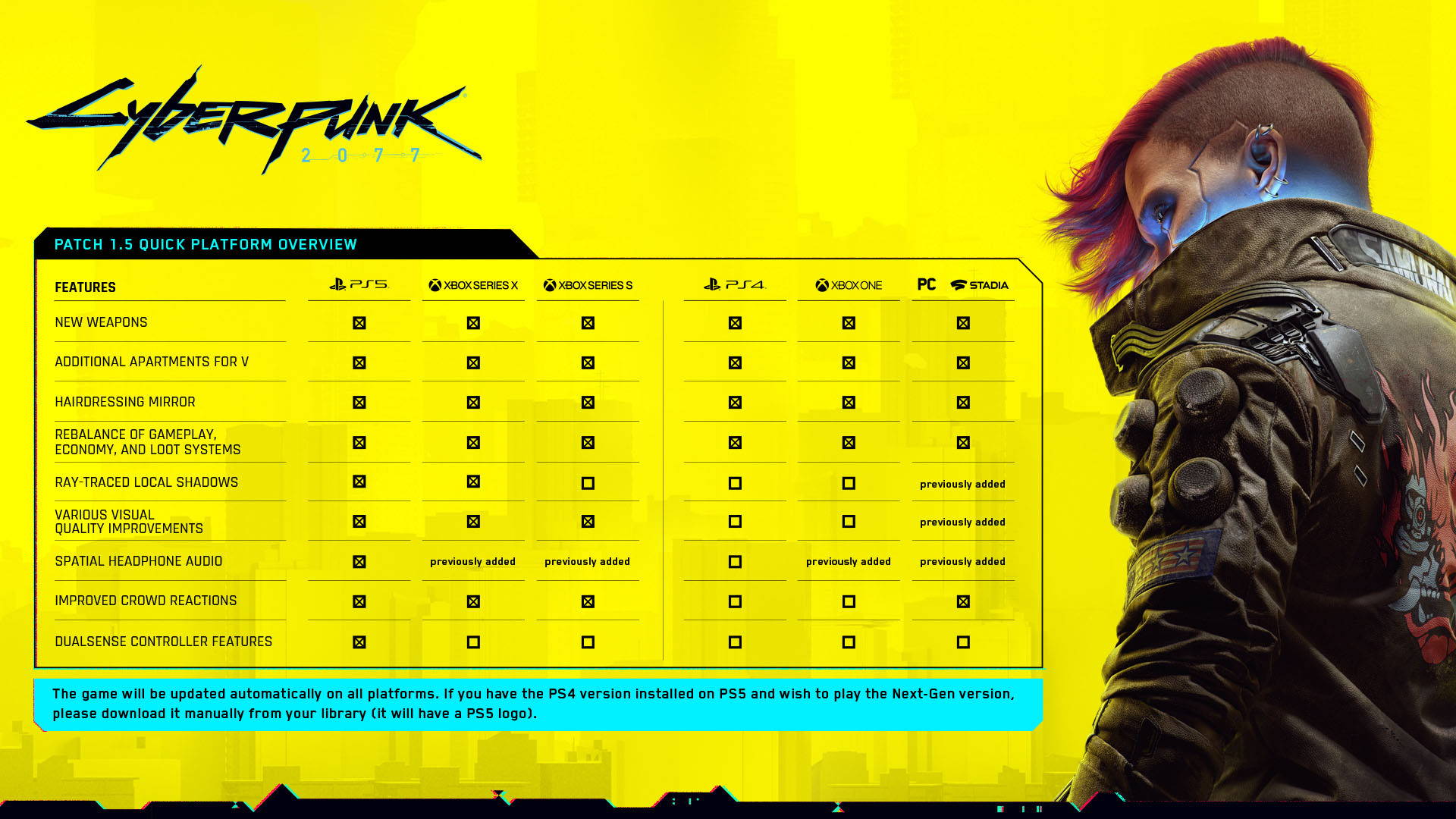 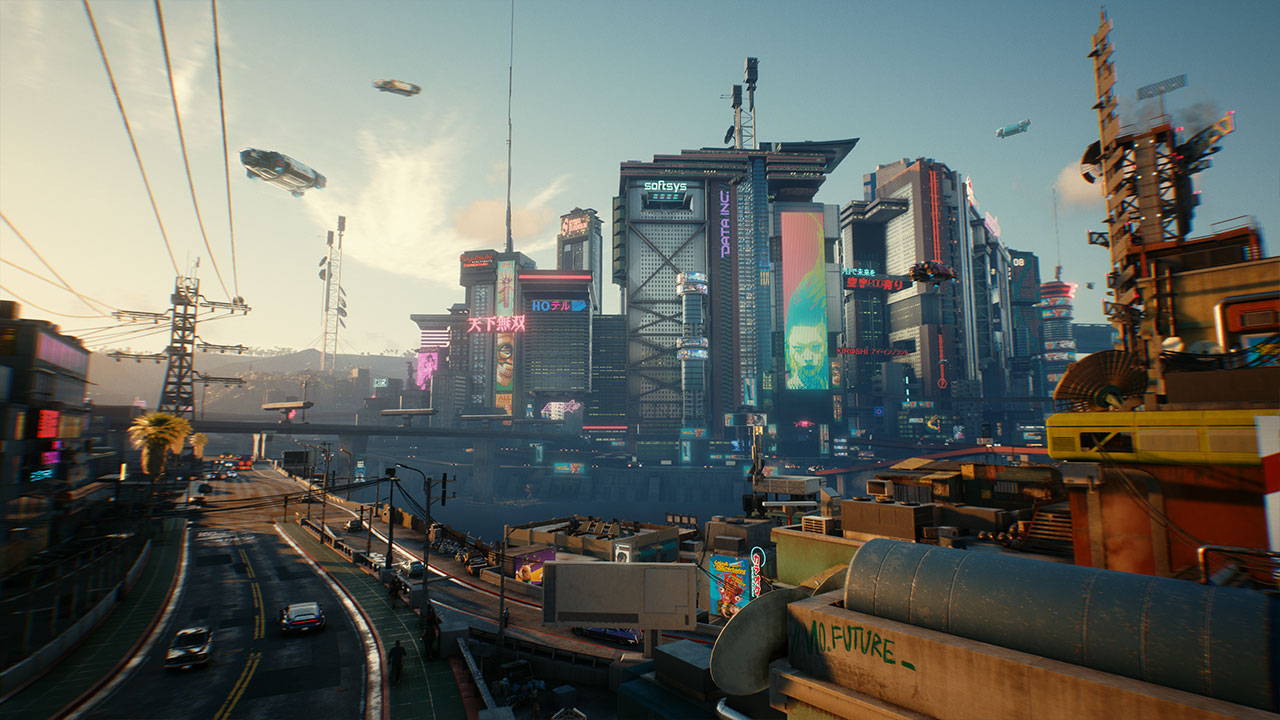 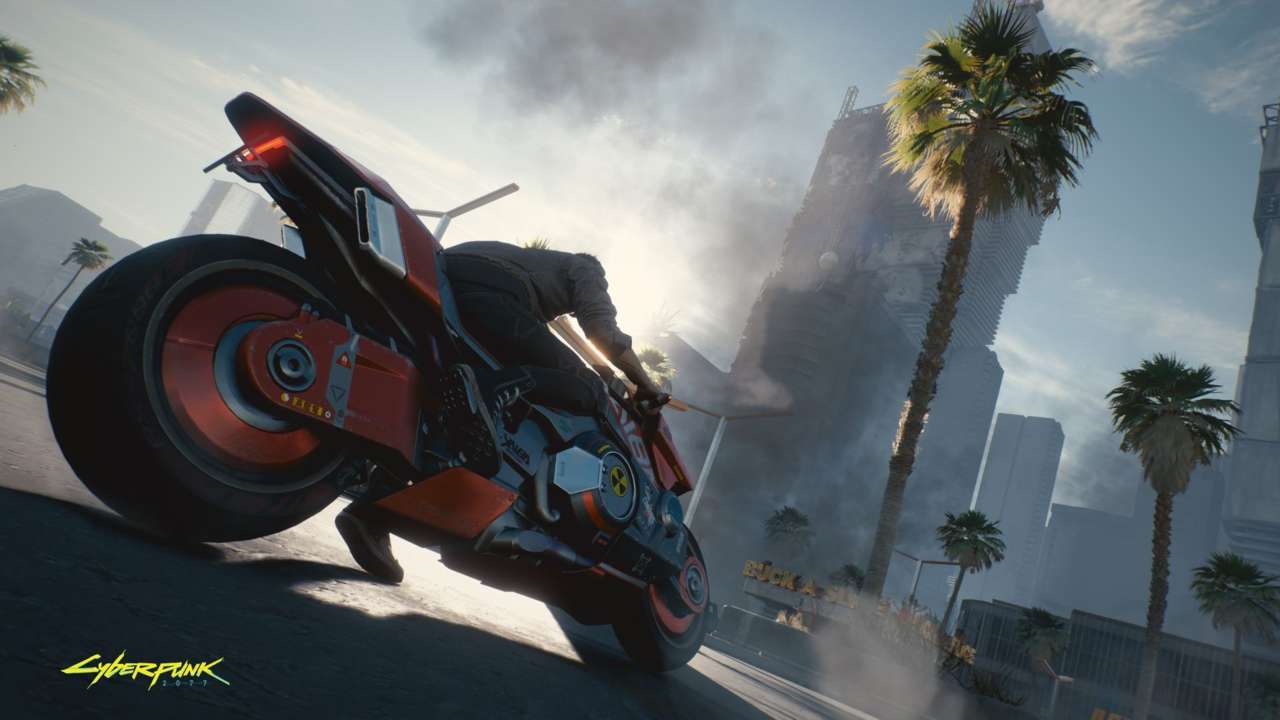 Rebalanced various perks and moved some of them in the skill tree. As a result, all the Perk points you spent were reset. Go to the Perks screen to reassign your Perk points for free.