Fortnite's third chapter has begun and once again Character related quests are popping up in-game.

One of the first set of character quests you'll encounter are with Shanta, the first skin you unlock in the Premium Battle Pass.

These quests work rather unique, as players will need to complete them in a specific order to unlock other quests pertaining to the character.

As well, we've seen other ones for NPCs such as The Scientist and we're bound to see more as the season progresses.

Here's all the Shanta quests within Fortnite and how to complete them!

Firstly, users will need to collect gem fragments around the map in various locations - in total there are three quests for this.

To make it easier to locate them all, here's a map with the locations of all gems from all three Quests.

Vault locations are in Red, Gas Station in Sky blue, Name Locations in Royal Blue, Crossroads in Yellow, Dirt Mounds in Green, Landmarks in Orange, Docks in Pink, Characters in Purple, Rivers in Gold and High in the Air in Brown. 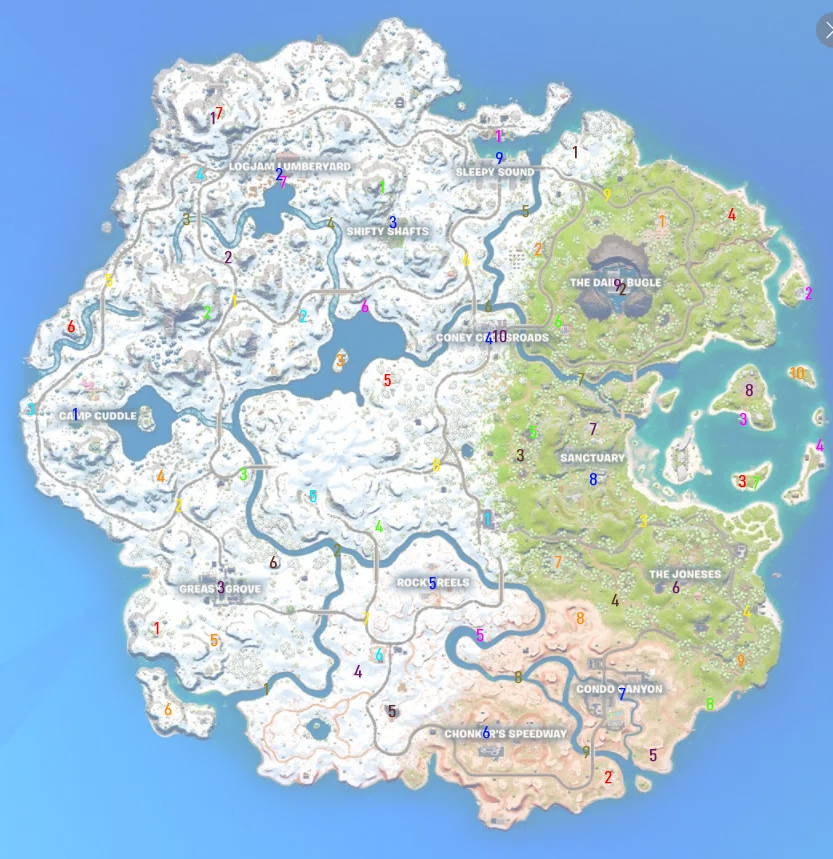