Lost Ark June and July Roadmap: Everything We Know

Lost Ark has been flying high within the MMORPG genre since it was released a few months ago, and fans have been overjoyed with the developer support thus far.

With consistent roadmaps, we're now apporaching June and Lost Ark will be getting another major update soon.

Here's all we know!

Lost Ark first launched in Korea in 2019 and Arkesia has been growing ever since, with new challenging activities, continents, and classes. There’s a vast amount of content we’re working with Smilegate RPG on bringing to the Western version. Lost Ark only launched in the West three-and-a-half months ago, and we’re excited to continue a fast release cadence as we work to catch up with other regions and grow the global community. While there’s a lot of content that has yet to arrive on Arkesia’s Western shores, we know that one of the top player questions is regarding the Advanced Class release cadence. Below you’ll find a glance into our plans and reasoning before we share the June & July roadmap content.

We are planning to release one new Advanced Class every two months for the rest of 2022. We’ve worked with Smilegate RPG to carefully plan out this schedule, which is a much faster cadence than other regions as we catch up. We know some players are eager to max out their roster and want them even faster, but Class releases build excitement and bring new (and returning) players into Arkesia. Having a steady flow of content releases that include Advanced Classes during Lost Ark’s first year in the West will help support the long-term health of the game. While the specific Advanced Class schedule is not set in stone, we can say we’re planning to release the first 21 Advanced Classes before other new, or future, classes.

Our teams work with Smilegate RPG to evaluate a variety of factors when looking at which Advanced Class to release at a specific time, such as planned balance updates/reworks, relevance of the abilities and playstyle to other content, community feedback, and more. The release of the Glaivier and Destroyer Advanced Classes provide a good example. Our teams knew we wanted the Destroyer to release at (or around) the Valtan Legion Raid for players to begin leveraging the massive stagger damage in end-game activities. However, releasing the Destroyer shortly before a planned rework wouldn’t be a great experience, so we pulled forward the fan-favorite Glaivier Advanced Class into its place, and released the Destroyer alongside Valtan.

We know the importance of having a variety of playstyles, and when a new Advanced Class releases we want to provide players who enjoy it with paths to quickly progress. Along with planning out the Advanced Class release cadence, we’re also working with Smilegate RPG to plan in-game events and features that will help players progress their characters. As we’ve mentioned previously, we’ll let players know what classes are coming out near Powerpass grants or progression events to ensure players can make an informed decision about how and when they want to use these features. In the roadmap below, you’ll find more information on the next planned Advanced Class - the Arcanist.

BEHIND THE SCENES - RELEASE NOTES

Since launch, we’ve promised to be as transparent as we can with the Lost Ark community around the world. With changes to Lost Ark impacting moment-to-moment gameplay and a variety of game systems that players engage with every day, we fully understand the importance of clearly communicating those changes as specifically as possible. We wanted to acknowledge frustrations in the community and ensure that it’s an ongoing area of conversation between our teams and a focus of ours to improve. Our goal is to always clearly communicate changes, but on both the April and May updates we’ve fallen a little short. 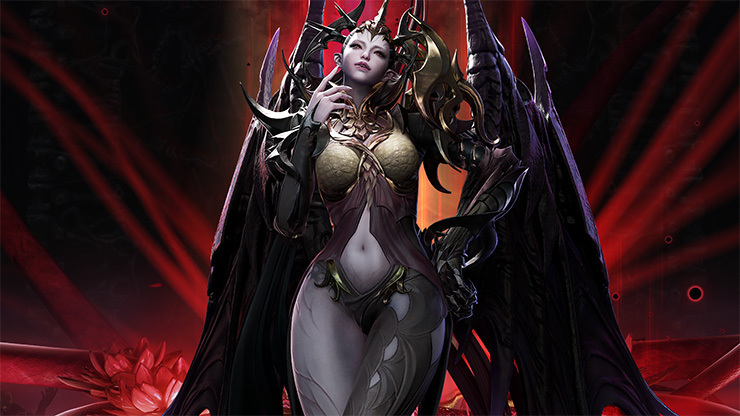 Battle the Covetous Legion’s Commander Vykas, who will join Valtan as the second Legion Raid available. Legion Raids are difficult team-based activities that require teamwork to understand and enact the strategy necessary to counter each Legion Commander's unique characteristics, abilities, and mechanics. As Legion Raids are challenging and take time, there are gates (or checkpoints) that will save a player's progress as they advance through the Raid. To learn more about some of the mechanics unique to Legion Raids, visit our Lost Ark Academy on the Valtan Legion Raid.

Like Valtan, this Legion Raid will require eight players. To enter normal mode, players will need to reach item level 1430, and for hard, 1460. The Vykas Legion Raid will grant materials allowing successful players to finish crafting their Relic gear sets, alongside a host of other valuable rewards. 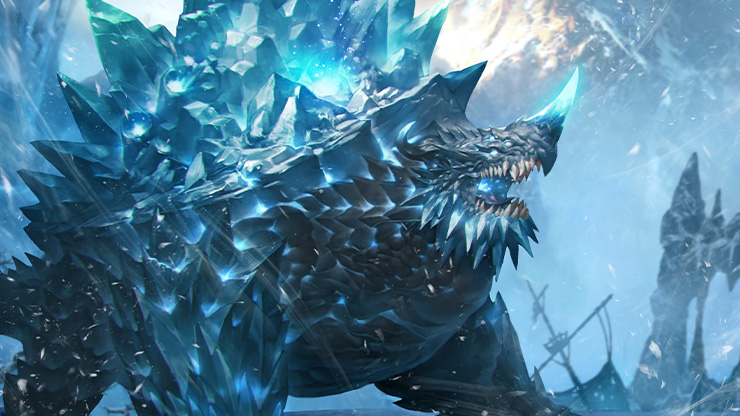 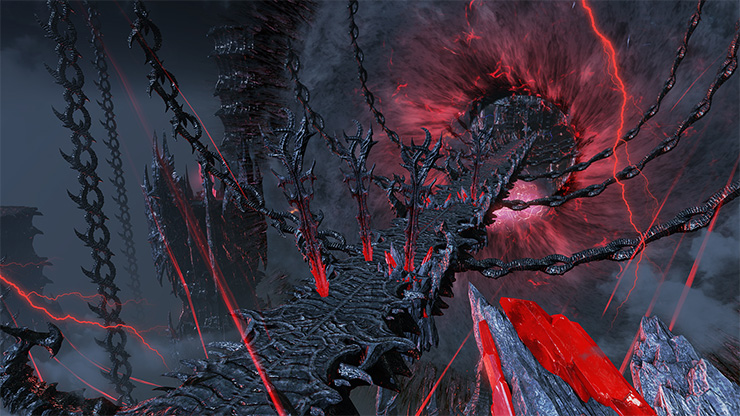 Thronespire is a new single-player dungeon experience in a twisted dimension with 50 levels. Once you enter a floor, you’ll have a limited amount of time to clear it before moving to the next, or failing and need to re-try. While similar to the Shadowspire and Fatespire solo dungeons, Thronespire has a few key differences. In Thronespire, you’ll battle until overwhelmed, working to defeat as many floors and enemies as possible before you meet your match and succumb to the Demon Legions. Completing the first 25 floors grant first-time clear rewards (you’ll earn all rewards for the floors you conquer). The other 25 floors are focused on prestige and completion times— proving you have the solo skills it takes to conquer anything the Demon Legions throw your way. Players will need to be item level 1325 to participate. 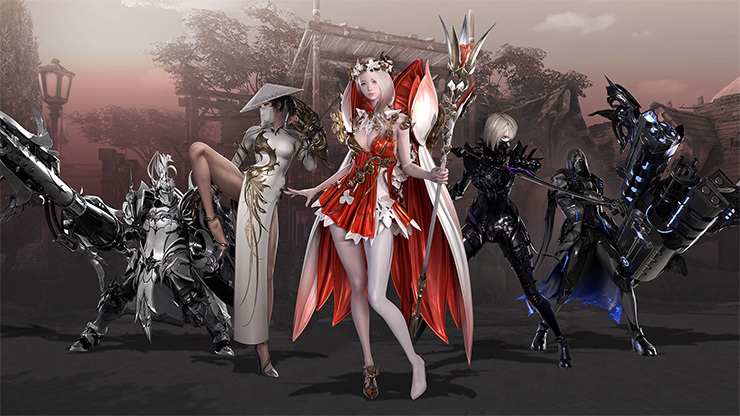 Yoz’s Jar is a new consumable that arriving in the in-game store that will introduce a variety of Epic and Legendary skins. If you have a skin you don’t like or wear anymore (or maybe one from Yoz’s Jar you’re not a fan of) you can break it down for “Cloth”, which can be used with a Jar to roll a new skin from a determined list. This new cosmetic system will also give a chance to acquire Legendary skins, which provide better benefits than Epic skins. No worries if you like an older skin more than the looks of your new Legendary one with bigger bonuses, you can ‘Overlay’ the skin you like over the Legendary skin! Like the rest of the content previewed here, we’ll share more details as we head toward the June update. 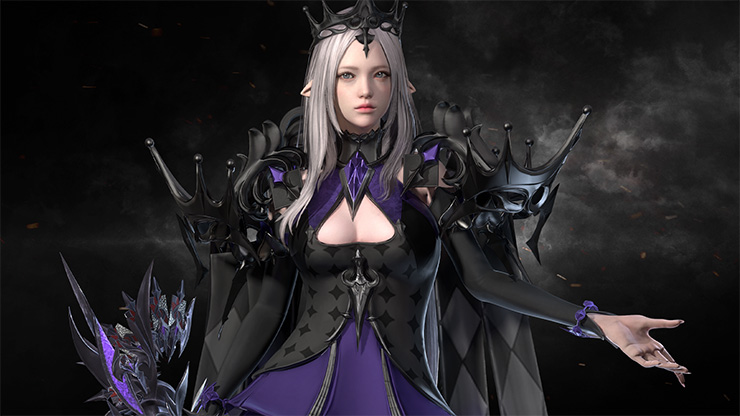 The Arcanist imbues special cards with her Magick and uses them to for a variety of effects. From slicing up enemies with a deluge of thrown cards to summoning powerful Magick attacks or team effects from the cards themselves, the Arcanist has a trick up her sleeve for every situation. Despite being armed with a variety of skills, the Arcanist will sometimes leave things to the fate of the cards with her specialty skill “Card Deck”. When the player lands an attack, it charges the Card Meter. Once the meter is completely charged, a card with random stats registers on the Card Deck, which can be pulled out and used to varying degrees of devastating effect. The Arcanist will join the Bard and Sorceress as the third available Mage Advanced Class. 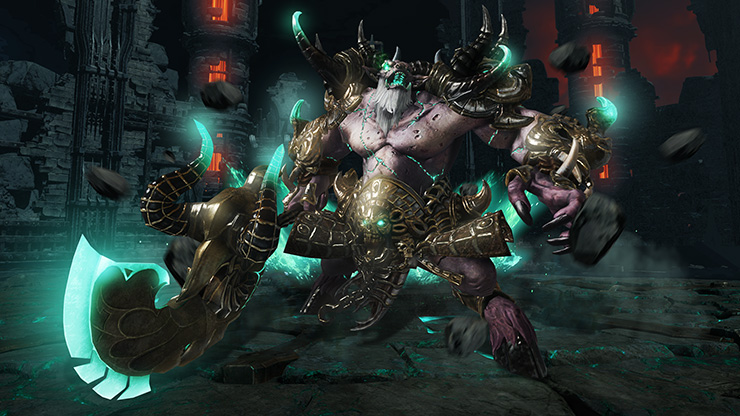 The most difficult version of Legion Raids, the Inferno difficulty is all about proving you’re the among the best of the best in Arkesia, and earning prestige. Rather than chasing the normal rewards of gear, materials, and everything else you’d receive in a Legion Raid, Inferno rewards instead showcase your victory with titles, achievements, Stronghold structures, and more! A new in-game vendor will be added for players to access a variety of prestigious rewards, earned after various numbers of clears.

There are a few key differences between Normal/Hard and Inferno difficulties: 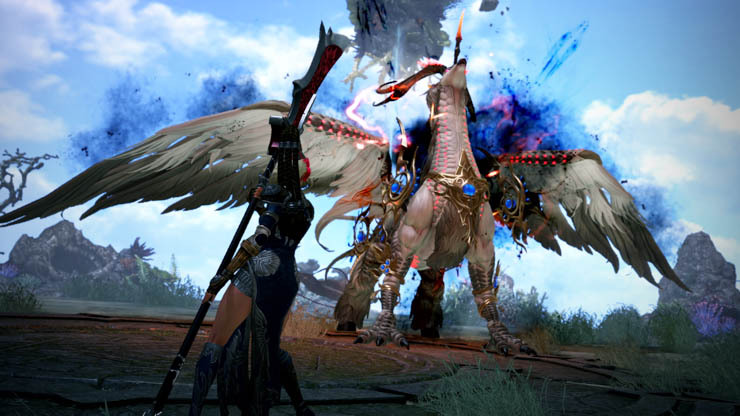 Similar to how the recently released Challenge Guardian Raids applies Scale of Harmony to equalize your power against your foe, Challenge Abyssal Dungeons will use this treatment in a new weekly activity. With greater challenge also comes greater rewards. Various honing material selection pouches— like Challenge Guardians, you can pick the offering closest to your item level— will rotate through the rewards, and cards aplenty are available as drops or in the end-of-dungeon loot auction. You can play through each Abyssal Dungeon once (per roster) each week.

We’re excited to witness the epic battles against Vykas, and seeing which heroes are able to defeat Valtan in the Inferno difficulty. Stay tuned to our website, social channels, and the release notes for the full list of new islands, store updates, events, bug-fixes, and more over the coming months. See you in Arkesia!