Now, they've gone ahead and pushed a major update for the month of May which brings a ton of content for players to sink their teeth into.

We're going to run over the patch notes down below!

altan will introduce the first Legion Raid into the western version of Lost Ark. Legion Raids are difficult team-based activities that require teamwork to understand and execute the strategy necessary to counter each Legion Commander's unique characteristics, abilities, and mechanics. As Legion Raids are challenging and take time, there are gates (or checkpoints) that will save player's progress as they advance through the Raid. Valtan is an eight-player Legion raid, has 2 gates, and introduces a swathe of new mechanics. Players will need to be item level 1415 to attempt normal difficulty, and 1445 for hard. The Valtan Legion Raid will also introduce a new rarity for gear - “Relic”. Relic gear can be crafted from materials earned in the raid. It provides more impactful armor and weapon bonuses, alongside bigger stat bonuses and more engraving nodes on accessories.

Guardians are powerful entities that can tip the scales toward good or evil. A new Guardian will arise and must be vanquished before they usher in an age of darkness. Deskaluda will require an item level of 1415 to attempt. As with the other Guardian Raids, you can attempt to vanquish Deskaluda alone, with a party, or matchmake with up to three other heroes. Similar to the rewards in the Valtan Legion Raid, players will also have a chance to earn Relic quality accessories from defeating Deskaluda. 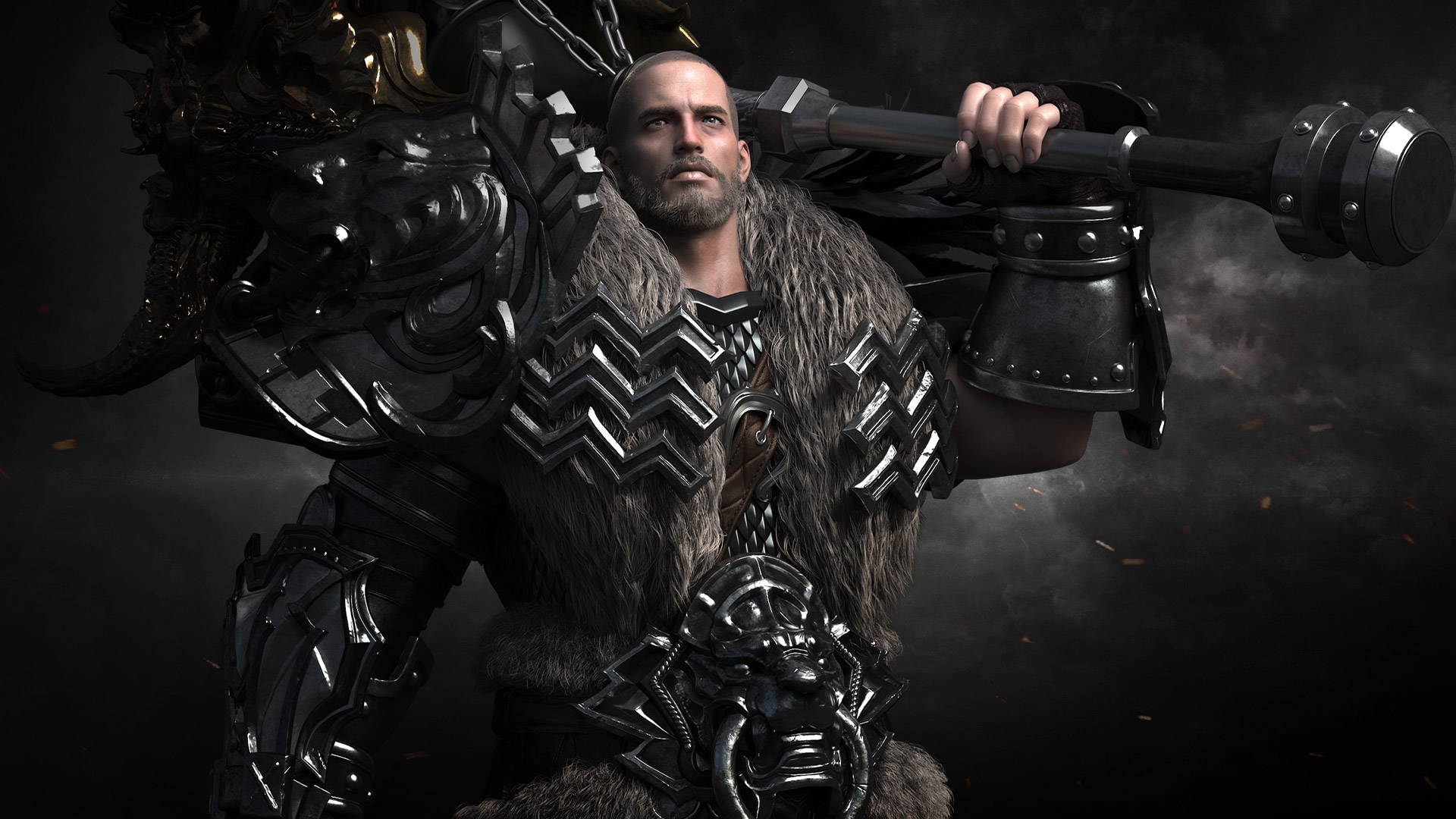 We’ve talked about the cataclysmic impact that Warriors have on the battlefield, but nothing embodies this better than the hammer-wielding Destroyer. Armed with a variety of skills centered around charging into the heart of the fray, their hammer attacks are so catastrophically crushing that Destroyers can bend gravity to their will— slowing, launching, pushing and pulling enemies— whatever it takes to utterly, beyond a shadow of a doubt, destroy them. Dealing massive stagger damage, the Destroyer is a welcome addition to any party attempting to vanquish powerful foes. The Destroyer will join the Berserker, Paladin, and Gunlancer as the fourth Warrior Advanced Class. 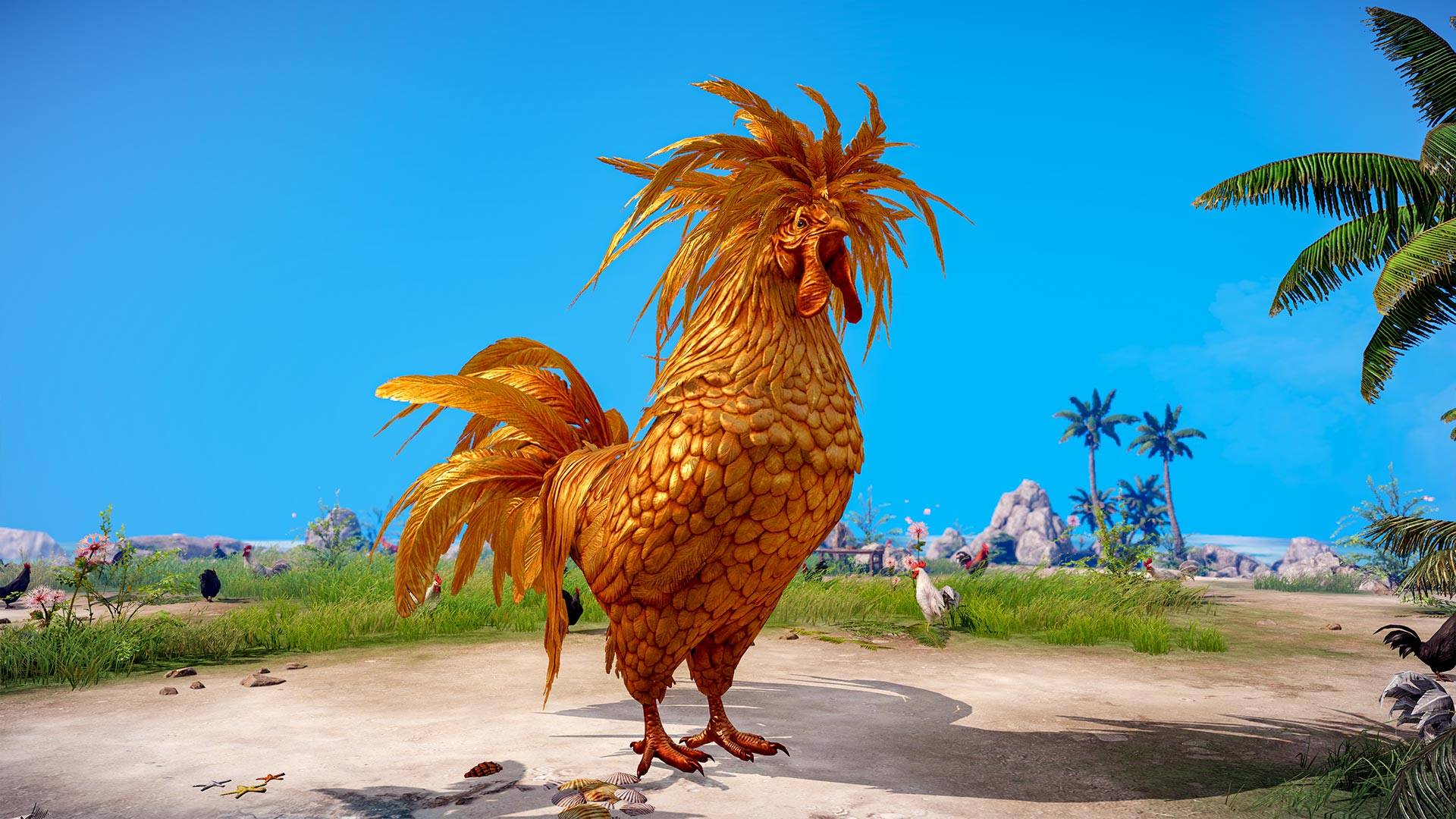 Wild Wings Island - Arkesia is a vast land, filled with a myriad of menacing and sometimes, well, less-menacing threats. Seeking revenge for eating their friends and family, Crispy Golden Chickings are planning to raid the island. Players turn into a chicken or beer to battle the Chicking boss to earn event coins. The quicker you defeat waves of enemies, the quicker more Chickings appear and the more coins you can earn! Wild Wings Island is a new event island where players can participate in co-op quests or join solo to help suppress this unique uprising.

While being in a guild has been a helpful source of finding raid groups and providing benefits like the guild shop, new PvE and PvP guild activities will be arriving in May. Issue challenges across Arkesia to control guild bases to prove your guild is the best around.

Island Siege - A PvP guild activity that allows you to battle other guilds in PvP combat. Your ranking is determined by how many points you earn from capturing objectives and defeating enemy players. Earn rewards and perks like gems, accessories, ability stones and more.

If you’re not in a guild yet, time to start searching! You can use the [Alt-U] hotkey or find the guild menu on the list of menus by pressing escape. Once there, if you’re not in a guild, you can browse through and apply! Many awesome Lost Ark content creators also have series of guilds for their communities, so make sure to see if there are guilds for any communities or friend groups you might already be a part of.

May will also introduce a bunch of quality of life changes, including front and back attack indicators, the ability to check daily & weekly content participation in a new menu, UI updates, improved party finder & party invites, updated loot dismantling, convenience features for Market/Auction House, and a few fun features, like being able to randomly summon favorited mounts and new hairstyles for customization!

Including a recent rework of the Destroyer Advanced Class to increase his impact on the battlefield, Smilegate RPG recently released a balance patch on many of the Advanced Classes to tune, update, and further define these classes’ roles on the battlefield. We’ll provide more specifics for players unfamiliar with these changes in the release notes, but you can look forward to these changes coming to Arkesia alongside the Destroyer.

We’re excited for the new activities coming to Arkesia later in May, seeing players attempt the first Legion Raid, participate in more end-game content, and watching Guild vs. Guild action ramp up. We know that players are always curious what’s on the horizon. Now that we’ve locked in Valtan, Deskaluda, & more end-game content for May, we’ll be taking a look at the roadmap for summer and share a glance later this month at our plans. As always, we’ll continue monitoring player data and feedback into our decision making, and look forward to hearing your thoughts.