Back in the ancient times of May 2016, Overwatch was born. The multiplayer FPS was Blizzard’s fourth major franchise, taking elements from a cancelled MMORPG called Titan. Out of Titan’s ashes, Overwatch became a huge success, spawning an Esports league and boasting up to 60 million players as of January 2021. It's no wonder, then, that Blizzard wants to celebrate. Between May 18 and June 8, they’re hosting the Overwatch Anniversary event, with lots of exclusive skins and other cosmetics on offer. We’ve rounded up everything you need to know below.

Loot For the Stars

Some people buy loot boxes, some have loot boxes thrust upon them. It’s worth simply logging in to Overwatch during the event window because you’ll automatically get a Legendary Loot Box as a reward. If you want a second one, you’ll have to fork out for a 50 Loot Box Bundle. Anniversary Loot Boxes have a chance to contain items from past Anniversaries and seasonal events, so if you missed out before, now’s your chance! 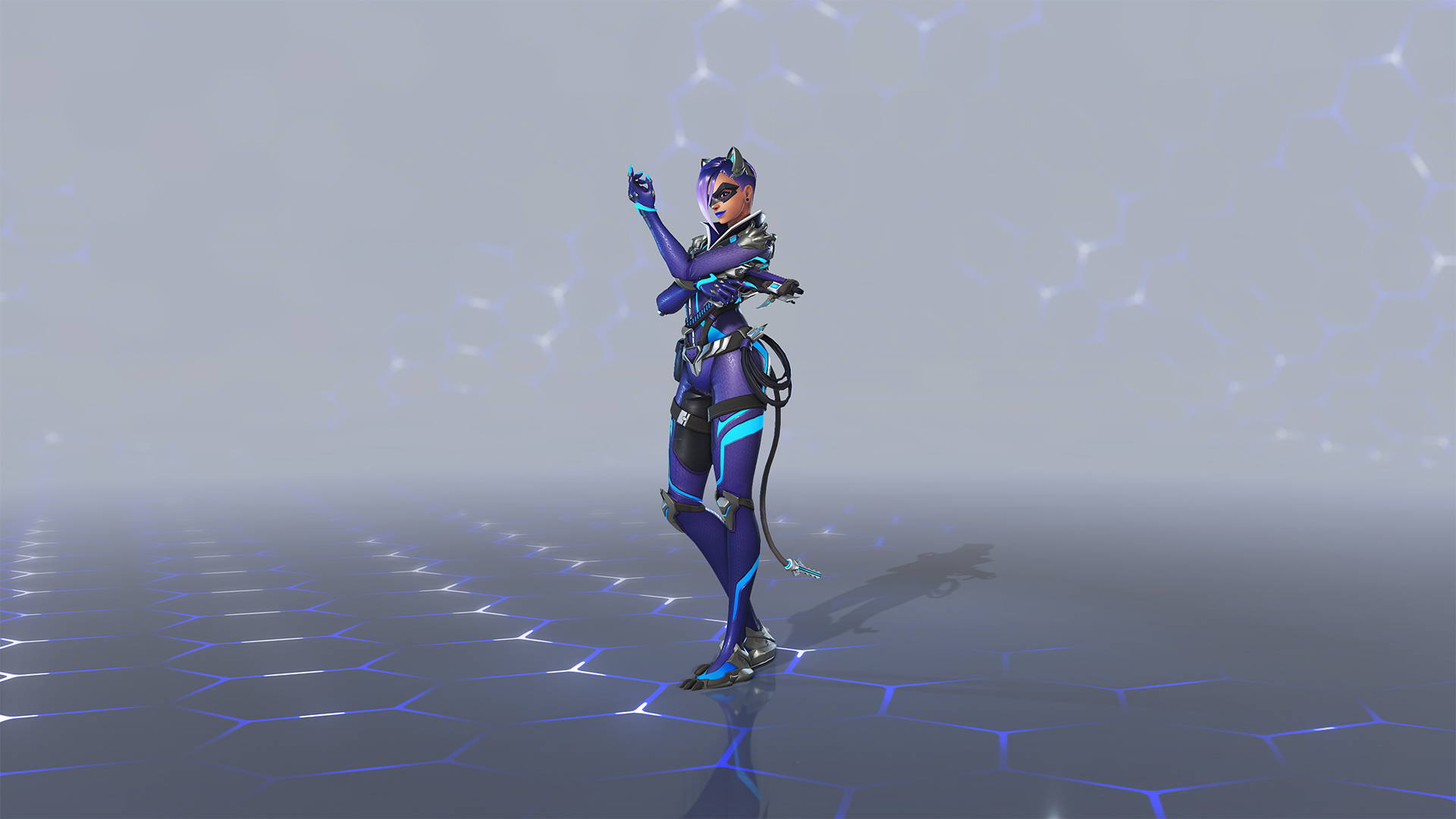 It’s a birthday party, so naturally the Overwatch heroes dressed up for the occasion. Sombra, Moira, and Baptiste have all received new legendary skins. If you like cat girls, then Sombra’s new skin will leave you purring: her ‘Black Cat’ skin features short purple hair, cat ears and a collar with a bell. If your poison is venomous plants then you’ll likely be keen for Moira’s Venus skin, which has her decked out like a Venus fly trap.

The coolest of the lot is definitely Baptiste’s Funky 1970s inspired outfit, complete with a lava lamp on his back and a belt with the letters ‘GRVY.’ There are some other great skins on offer including a Gladiator outfit for Doomfist, and a candy-themed outfit for Junkrat appropriately called ‘Junkfood.’ Yum. New seasonal emotes have also been released, including Tracer doing a kickin’ dance and Ashe wrangling some invisible cattle.

The Strong and the Week

Some skins are only available through weekly challenges. Play games in Quick Play, Competitive Play, or Arcade to unlock sprays, player icons, and skins. Each of the three weeks during the celebration has a different theme: week 1 will give you the Cybermedic Anna Epic skin; in week 2 you can get the Bird of Paradise Echo Epic skin; and finally, in week 3 you can get the 8 Ball Wrecking Ball skin. You’ll need to work for it though: the skins only unlock after a hefty 27 games. 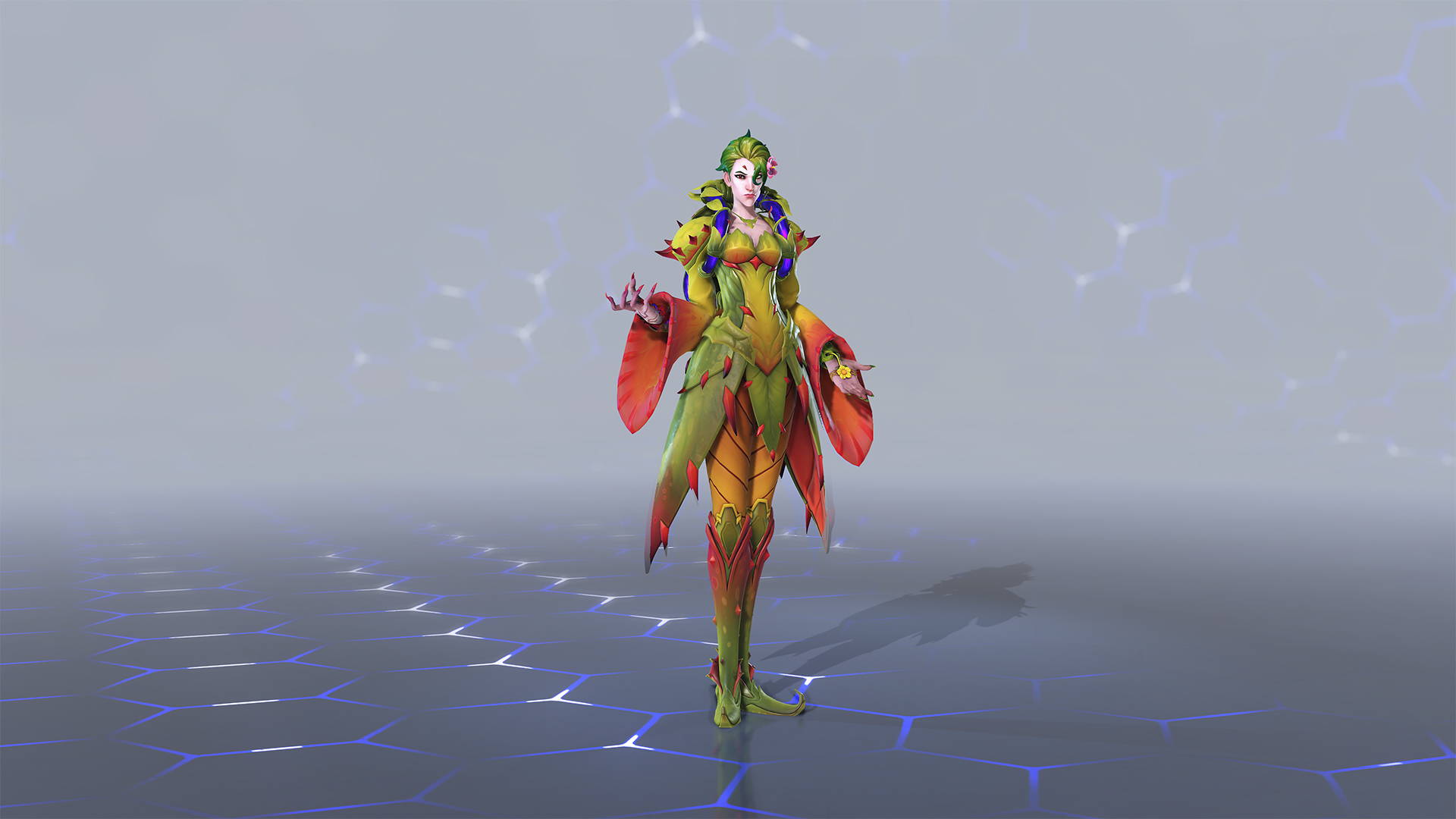 Blizzard has decided not just to put vintage skins on offer, but to open the brawl vault as well. This gives you the chance to check out modes that were available during previous seasonal events. Summer can come early as the Summer Games brawls are back on every Tuesday for the duration of the event (May 18th, 25th, June 1st, and June 8th). If you’re dreaming of Halloween instead, the Junkenstein Challenges are available to play every Thursday (May 20th, 27th and June 3rd).

Blizzard also recently put on a two-hour stream discussing the much-anticipated sequel to Overwatch, Overwatch 2. Perhaps Blizzard was inspired by the five-year anniversary, because they’ve decided that the sequel will reduce the default PvP multiplayer mode to five-on-five games rather than the established six-on-six.

Apparently Blizzard wants to shake up the game and discourage people from overreliance on tanks, so has reduced the class count by one.Tanks will get some buffs through new passives in Overwatch 2 to compensate for the fact that they’ll be out there alone. All in all, it should mean players will have to think more strategically about how they move through a map — not just hide behind a tank absorbing damage.

Blizzard has also teased some new locations for Overwatch 2, including New York, Rio, and Monte Carlo. Perhaps these will be the settings for Overwatch anniversary parties of the future!

You can find more information about the anniversary event on the Overwatch website.

Florence Smith Nicholls can be found on Twitter via @florencesn