PC Gamer Show: Everything You Missed

E3, formally known as the Electronic Entertainment Expo, is well underway and it's looking like players have a lot to look forward to. We’ve already seen tons of new games with gorgeous trailers, and lots of updates for existing content too. As part of the big show, the PC Gamer show on Sunday showed off loads of new games for PC players to get their hands on this and next year.

If you missed it, here are all the major games that were featured in the PC Gamer Show, and when you can expect to play them!

PC Gamer Show: Everything You Missed

Naraka Bladepoint is a new battle royale by 24 entertainment. Unlike other battle royales, Bladepoint seems to be focusing heavily on the melee combat side of things, with an abilities system very similar to Overwatch. Global launch is set for August 12, with an open beta from June 16-22.

Torn Banner Studios announced they are taking the Chivalry 2 to later parts of the medieval time period in upcoming updates. They announced a new map, GalenCourt, which takes place at the tail end of the medieval period, and features some very destructible ships for players to break.

Rawmen by Tiny Build looks like what would happen if Rocket League and Cooking Mama had a child. Two teams of cooks dash around the map while trying to score goals. There's no release date for the game yet, but it's available to wishlist on Steam.

We got a good look at Dying Light 2's story. The new game centers on Aiden, one of many children who were medically experimented on at a bizarre hospital. After the zombie apocalypse seen in the first game occurs, Aiden sets out to uncover his identity and what happened to his sister. The game is slated for release on December 7. 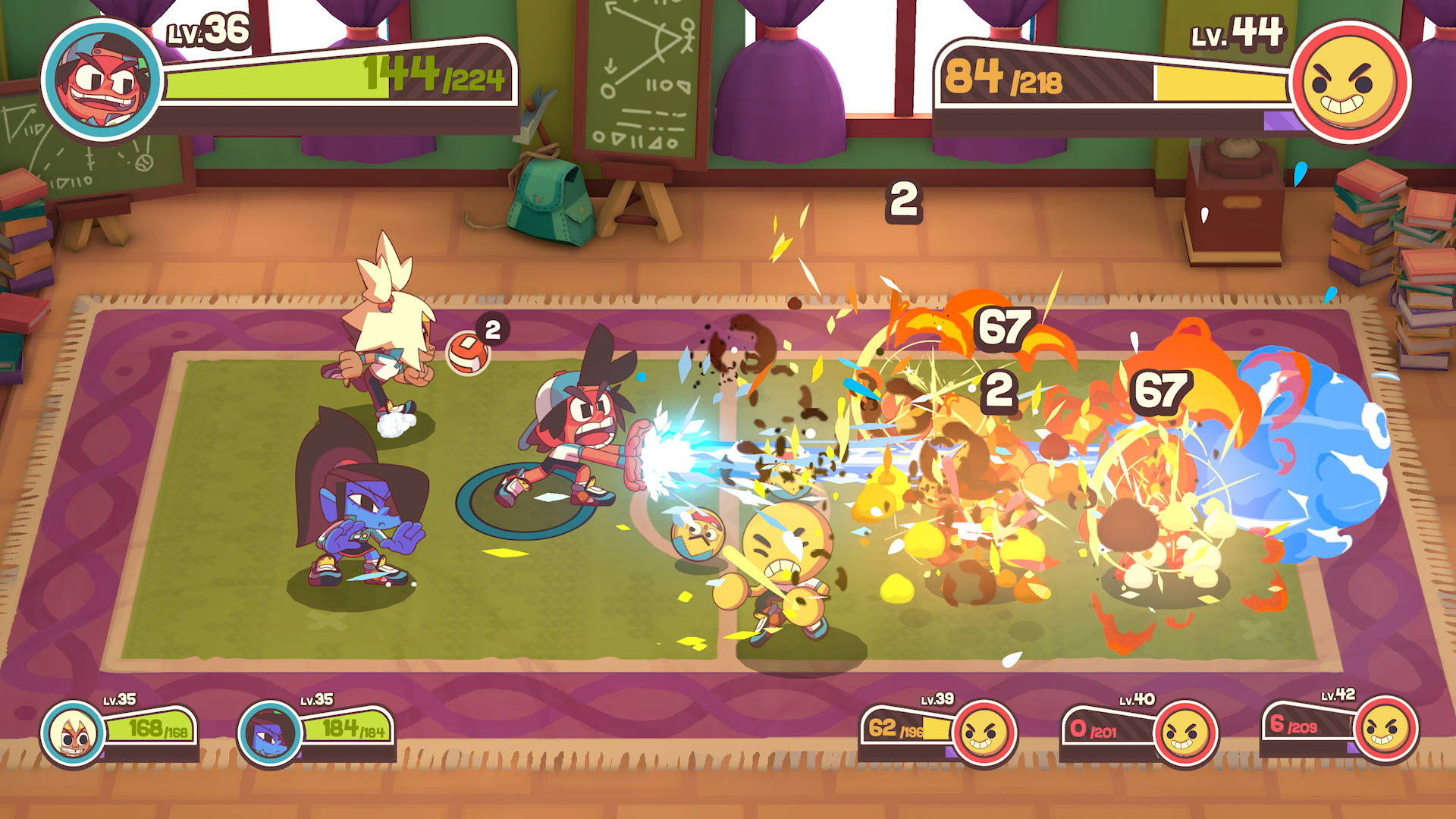 Humble Games announced Dodgeball Academia, a new dodgeball beat 'em up with RPG elements. Players take on the role of Otto as he attempts to become the dodgeball champion. You can start throwing and dodging when the game releases in August.

New information was given about Humankind, a civilization inspired strategy game where you build and manage an empire throughout history. The game is set to release on August 17, but you can access a closed beta version starting now by pre-purchasing the game.

They Always Run is a 2D platformer and slasher where the player uses a combination of swords and guns to take out enemies. Oh, and they have three arms! The stylish game did not get a release date, but is set for release this year.

Orcs Must Die 3 was shown and is taking the series to new heights. New massive warfield scenarios will pit players against large hordes of enemies on actual battlefields outside the traditional confines of the games' castles. Players can wield equally massive war machine traps to match these maps. The game is coming out on July 23.

Vampire the Masquerade Swansong sees the player take control of three different vampires as they trudge through their lives in Boston. The game will be released later this year.

Gigabash is a multiplayer arena brawler that lets players take control of a wide variety of Kaiju and heroes to duke it out. The game features destructible cities that serve as battlefields and natural disasters to spice things up. The game is still in development, so no word on a release date yet.

Lemnis Gate is a new turn-based strategy game that's also a first person shooter. Each game takes place over a mere 25 second time loop. Each player performs an action with an operative each turn. The loop then resets, and players are able to use a new operative to change the course of the battle. This unique game is coming out on August 3.

Next Space Rebels tasks the player with starting a bootstrapped space agency. Players also have to manage social media channels filled with their amateur rocket content at the same time. This garage-based space program simulator is launching this fall.

WarTales is a tactical strategy game that lets the player take control of a band of mercenaries. The open world game by Shiro Games is set to release this year.

Ixion is a colony management game. Players manage a space station as it embarks out into space in hopes of finding a new home for humanity. You can start managing your own colony when it releases in 2022. 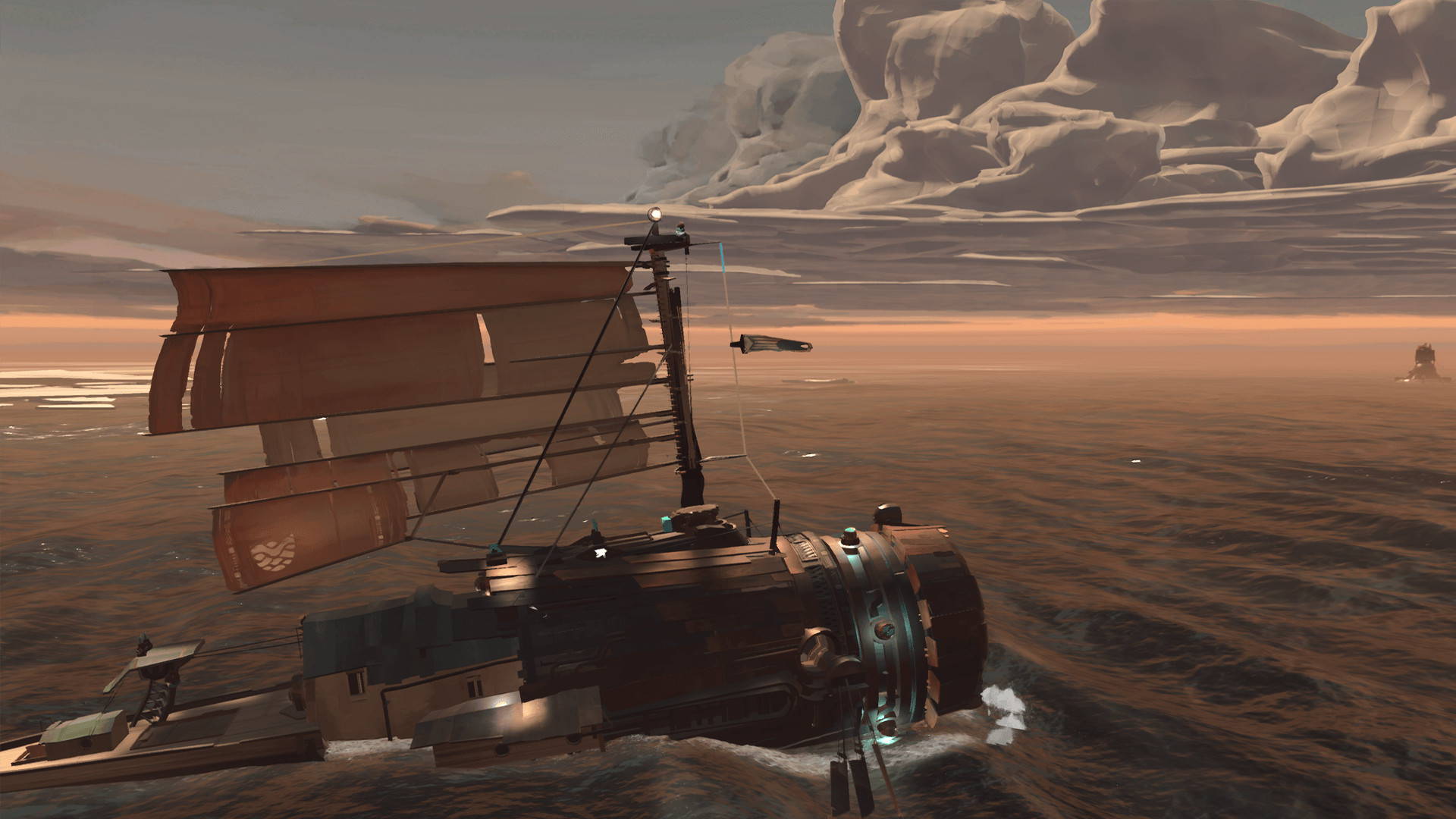 Far: Changing Tides puts the player in charge of a sailboat at the end of the world. Players can sail around the post-apocalyptic world as well as explore inland. The game is set to release towards the end of this year.

Lakeburg Legacies is a game all about building and maintaining medieval relationships among a royal court. Create a family, add them to your family tree, lose your family, and adjust your family tree in this simulation game that's releasing in 2022.

Silt is a black and white game where you take control of a diver as they navigate a 2D world. The player can take command of different fish and animals to explore the world around them. This visually stunning game is releasing in 2022.

Jurassic World: Evolution 2 is set after the events of Jurassic World Fallen Kingdom. The player is tasked with reigning in old dinosaurs that have escaped all over the island as well as taking care of new aquatic creatures. The game is releasing sometime this year.

SoulStice is a unique blend of Italian and Japanese aesthetics slapped on top of a Devil May Cry world. The game seems to be filled with action and fighting, while at the same time maintaining a unique sense of style. SoulStice is set to release in 2022.

Chaos Gate Daemonhunters is the latest Warhammer 40K game to be announced. The turn-based game is coming out in 2022.

Pioner draws inspiration from the Stalker and Fallout series. Players explore an island that is based off the Chernobyl exclusion zone. There's no word on when Pioner is releasing yet.

Lumberhill is a party game where players compete in a variety of tasks including putting out fires and fighting with nature. The game just released on June 13.

Tinykin looks like Pikmin — if it took place in your bedroom. Herd multiple different Tinykin and then use them to solve puzzles and platform around the gigantic world. Tinykin is releasing in 2022.

Icarus is the latest entry into the survival coop genre. Players can build houses, hunt for food, and ultimately try their best to survive in an unforgiving world. Icarus is releasing on August 12.

Mecha Jammer is an rpg set in a grim cyberpunk world. The game is said to be inspired by pen-and-paper roleplaying games. No release date has been nailed down for this one yet.

The Wandering Village is a city builder that takes place on the back of a wandering behemoth. Plan out your village while keeping in mind where your behemoth is heading. There's no release date planned yet, but the game will launch in Early Access first. 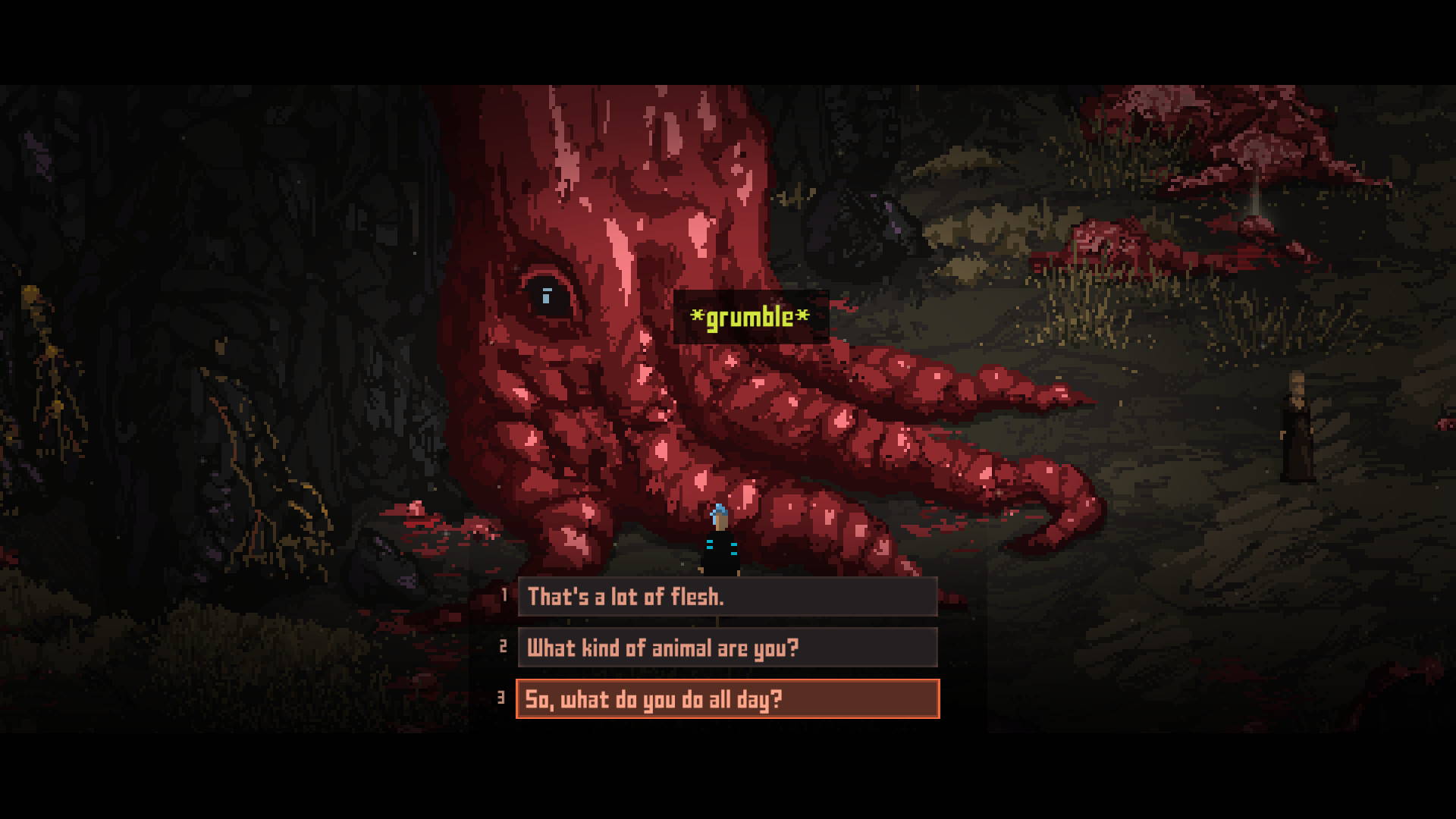 Death Trash is set in a post-apocalyptic world filled with near-lovecraftian horrors. Players can create their own character and pick different dialogue choices to fit their own punk aesthetic. The game is releasing this year in Early Access.

Songs of Conquest is a strategy game inspired by the classics of the genre. Take command of an army of magicians and conquer enemy lands. Players can control and conquer a number of different civilizations. The game is releasing in 2022.

Citizen Sleeper is set in an interplanetary patchwork ruined by capitalism. You play as an escaped worker trying to make it on the fringes of society. This rpg is releasing in 2022.

Project Warlock 2 is an old school DOOM style shooter with a slight magic twist. Wield a shotgun in one hand while casting spells in the other. Take on hordes of enemies when this game releases in 2022.

As always, stick with us for the latest on all of these games, and many more as this busy year continues!

Nicolas Perez is a journalist who has played way too much Civilization 5. He’s rambling on Twitter @Nic_Perez_.